SEOUL, Aug. 23 (Yonhap) -- South Korea and the United States on Monday discussed humanitarian aid to North Korea, the U.S. nuclear envoy said after talks with his counterpart in Seoul amid heightened tensions over Pyongyang's angry protest against military exercises between the South and the U.S.

Amb. Sung Kim also said the U.S. does not have a hostile intent to the North, stressing that the ongoing South Korea-U.S. military exercise is "purely defensive" in nature and renewing his offer to "meet with my North Korean counterparts anywhere, at anytime."

His talks with Seoul's chief nuclear envoy, Noh Kyu-duk, came after Pyongyang lambasted the allied exercise as the "most vivid expression of the U.S. hostile policy" toward the North and warned of a "serious security crisis."

"We discussed possible humanitarian assistance to the DPRK," Kim told reporters. "I reaffirmed U.S. support for inter-Korean dialogue and engagement as stipulated by the joint statement between our two leaders in May, and will continue to lend our support to inter-Korean humanitarian cooperation projects." 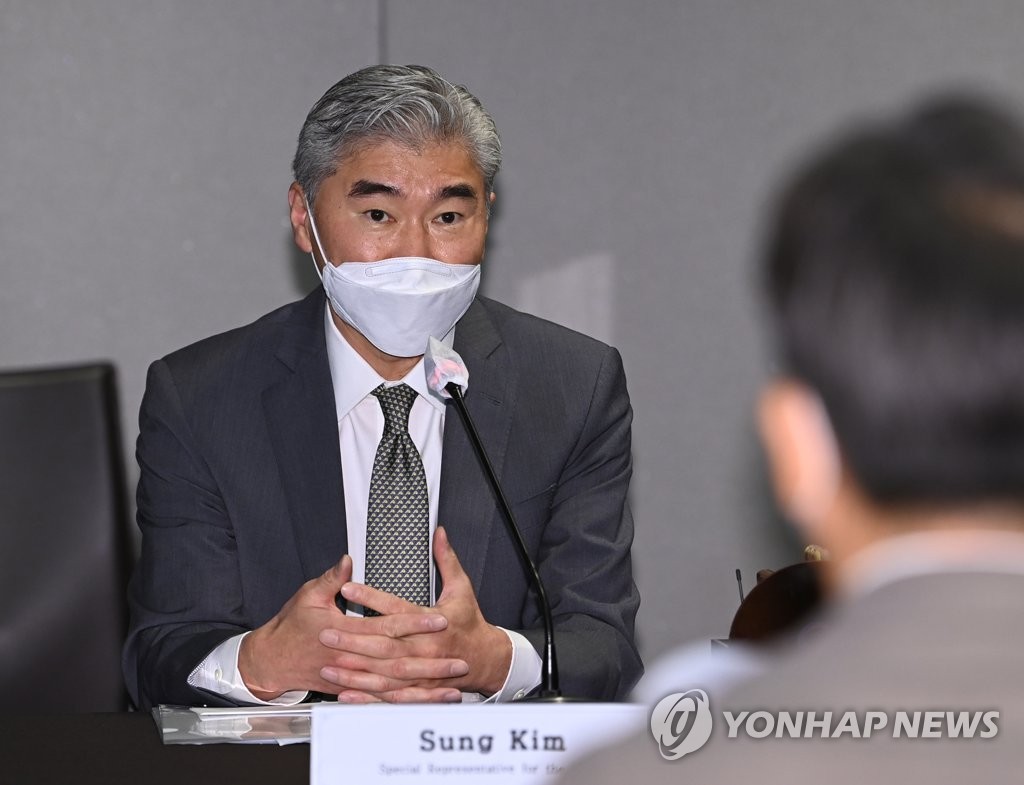 The two sides discussed various areas of humanitarian cooperation with the North, including health care, quarantine against infectious diseases, drinking water and hygiene, according to Noh.

The U.S. envoy also reiterated the defensive nature of the allied exercise and urged Pyongyang to return to dialogue.

"The ongoing U.S.-ROK combined military exercises are long standing, routine and purely defensive in nature and support the security of both of our countries," he said, referring to the South's official name, the Republic of Korea.

"I continue to stand ready to meet with my North Korean counterparts anywhere, at anytime," he added.

Kim's conciliatory message to the North came amid concerns that Pyongyang could use the military exercise as a pretext for carrying out provocative acts at a time when America's foreign policy establishment is preoccupied with the aftermath of its chaotic exit from Afghanistan.

The U.S. envoy also underscored America's security commitment to the South, apparently mindful of doubts over the credibility of the commitment, which emerged following Washington's troop withdrawal from the war-torn country.

"I cannot put it better than President Biden himself to call the U.S. commitment to the defense of the Republic of Korea sacred," Kim said.

Kim also stressed the U.S.' willingness to address the "full range of issues" with the North, reiterating his wish to meet with his North Korean counterparts "soon."

"We are willing to address the full range of issues and concerns, including those that are of importance to the DPRK," he said in an interview aired on local broadcaster, KBS.

"Given the opportunity, we will be able to make substantial progress."

Kim also said that Washington is willing to be "very forward-leaning, and creative and flexible, and open-minded about different steps that might lead to a productive and meaningful dialogue with the DPRK."

Later in the day, Kim met Igor Morgulov, who doubles as Russia's chief nuclear envoy. Kim was expected to call for Russia's full implementation of anti-Pyongyang sanctions and cooperation in resuming nuclear talks with the North.

Both Kim and Morgulov arrived in Seoul on Saturday.

Last month, cautious optimism emerged for inter-Korean cooperation as the two Koreas reactivated their communication lines some 13 months after the North severed them in anger over activists sending anti-Pyongyang leaflets across the border into the North.

But the cross-border ties chilled again as the North has repeatedly castigated the scaled-down South Korea-U.S. exercise as a rehearsal for an invasion. 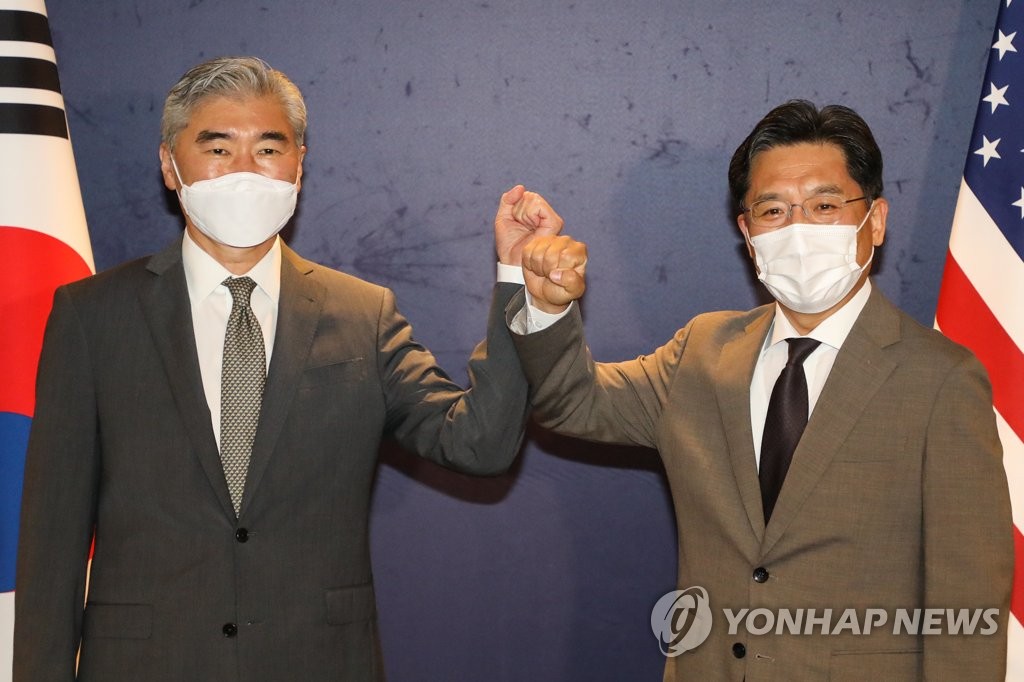