SEOUL, Aug. 23 (Yonhap) -- Jeju and the southern coastal region are forecast to be hit by heavy downpours and strong winds Monday afternoon, as Typhoon Omais is projected to make landfall at night, the national weather agency said.

The typhoon was located at some 360 kilometers southwest off Jeju as of 1 p.m. and advancing toward the Korean Peninsula at 45 kph, the Korea Meteorological Administration (KMA) said.

It is projected to pass the southern resort island of Jeju at around 8 p.m. and be downgraded to an extratropical cyclone after making landfall around midnight. 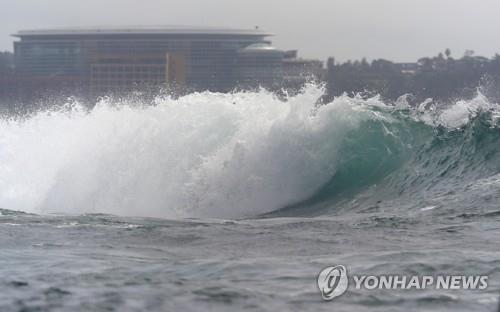 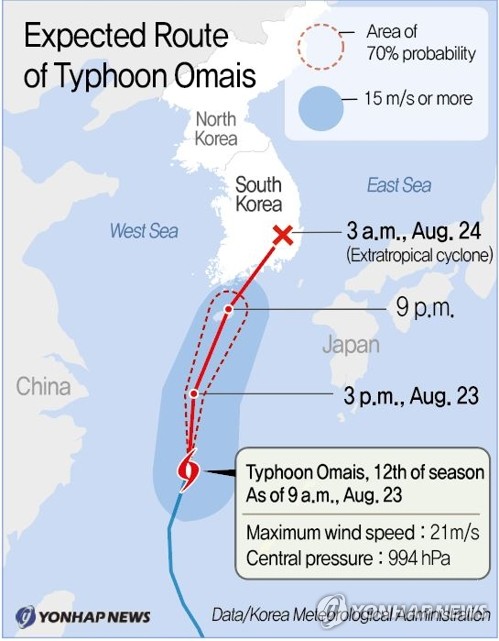 The typhoon is forecast to bring torrential downpours of more than 70 millimeters per hour and ferocious winds to Jeju during the day, with an accumulated 100-300 mm of rainfall until Tuesday.

A low pressure system, which is also approaching the island, is expected to bring additional rainfall accompanied by thunder and lightning.

A typhoon warning was in place for distant waters off the island, which is expected to expand to the entire island and nearby seas Monday afternoon. 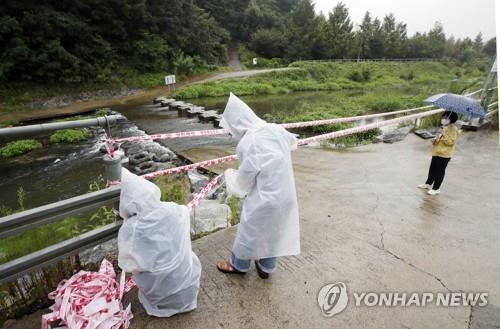 The southern port city of Busan is expected to be hit with heavy rain of 70 mm per hour and 30 meter-per-second wind gusts, with some areas receiving as much as 400 mm of rain until Tuesday.

South Jeolla Province will evacuate 12,000 residents living in some 4,000 areas prone to landslides and flooding to sturdier places in advance.

The regional government also cordoned off some public areas, such as underground parking lots, that are susceptible to flash flooding. The province is forecast to receive heavy rainfall of up to 400 mm.

As of 1 p.m, 20 flights flying to and from the island were grounded as a wind gust warning was issued on the island around noon. More flights could be canceled in the afternoon due to the approaching typhoon, the Korea Airports Corp. said.

Most fishing boats and ferries connecting Jeju and other ports, including Mokpo and Busan, were canceled due to high winds.