The movie about the kidnapping of star Hwang Jung-min garnered a combined 454,000 ticket sales over the Friday to Saturday period, bringing its combined total to over 638,000 since its release last Wednesday, according to data from the Korean Film Council.

The disaster comedy film "Sinkhole" dropped to second place with 326,000 sales over the weekend. It posted a cumulative 1.65 million in attendance after its second weekend.

"Escape from Mogadishu," an actioner based on a true story about South and North Korean diplomats in Somalia, added 222,000 sales this weekend to surpass 2.78 million in total. 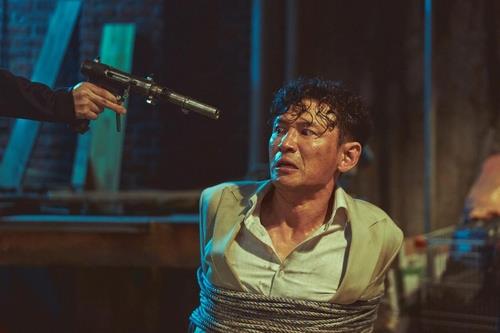 Meanwhile, a total of 1.16 people came to theaters over the three-day period, marking the second-highest weekend score since the fourth wave of the COVID-19 pandemic this summer, led by Korean movies.

More than 1.22 million people were recorded last weekend on the back of stellar performances by "Sinkhole" and "Mogadishu."