SEOUL, Aug. 23 (Yonhap) -- North Korea's official newspaper called Monday for putting socialist ideology ahead of anything else, stressing that ideologically arming people should be the basis for moving science and technology and other areas forward.

The Rodong Sinmun, the official newspaper of the North's ruling party, made the appeal in an editorial, saying that emphasizing the economy while being negligent in ideological education will only result in the collapse of the foundation of socialism.

"We must maintain the ideology-first policy to boldly break through the difficulties and to open up a new era of upheaval in socialism," it said.

The paper in particular warned the North Korean youth against adopting foreign ideology, saying that the main target of the cultural "infiltration of the imperialists" are the young generations.

It also pointed out that the North's "unprecedented challenges" should not be used as excuses for accepting anti-socialism practices.

"Regarding the emergence of non-socialist practices as something inevitable and keeping a blind eye on the weakening socialist lifestyles and values is similar to dozing off in front of the enemy's gun and ruining the path to socialist construction," it said. 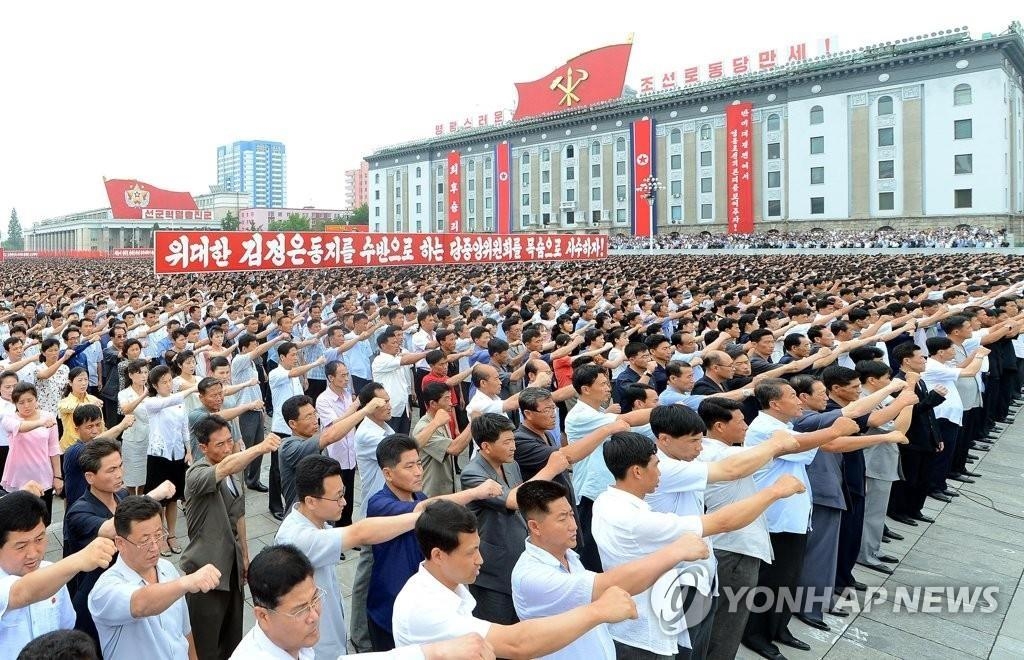