In the two-day poll on 1,007 voters nationwide through last Saturday by the Korea Society Opinion Institute (KSOI), former Prosecutor General Yoon of the main opposition People Power Party (PPP) had 29.8 percent of support, down 0.8 percentage point from a week earlier.

Gyeonggi Province Gov. Lee of the ruling Democratic Party (DP) gained 0.6 percentage point to 26.8 percent, according to the survey on who is "suitable" to become the country's next president. The election is slated for March 9, 2022. 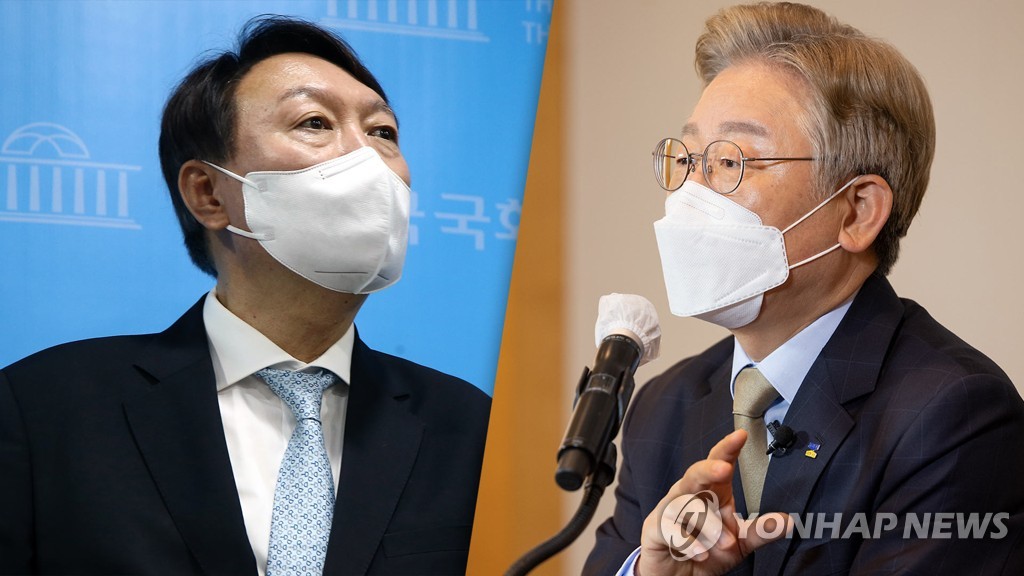 In an inquiry on who is suitable among those in the liberal bloc, the Gyeonggi governor maintained the No. 1 spot with 29.3 percent, up 2 percentage points, while the former DP leader fell 0.2 percentage point to 18.7 percent. The ruling party's primaries are under way, with the final winner to be decided in early October.

In the conservative group, Yoon's rating made a 1.7 percentage-point rise to 28.4 percent. Hong, in particular, jumped 3.9 percentage points to 20.5 percent. The PPP is preparing to kick off its primaries early next month.

The margin of error is plus or minus 3.1 percentage points with a confidence level of 95 percent.