The two countries reached the so-called Special Measures Agreement in March after 1 1/2 years of tough negotiations. 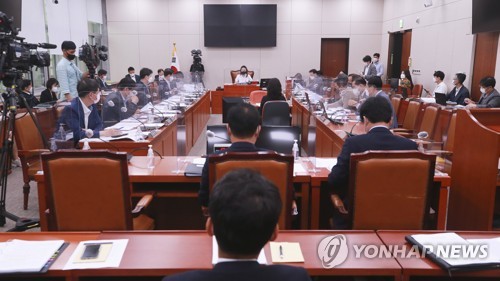 South Korea's payment will also be adjusted reflecting the increase rate of the national defense budget over the next four years.

Members of the ruling Democratic Party and the main opposition People Power Party in the committee supported the bill. Two others -- a minor opposition lawmaker and an independent -- abstained, saying the increase rate is unreasonable.

The panel attached its opinion to the bill, expressing regret about the increased burden of South Korea and calling for improvement in future negotiations.

The bill is subject to a vote at the National Assembly's plenary session.
(END)