SEOUL, Aug. 24 (Yonhap) -- Samsung Electronics Co. expanded its dominance in the global DRAM market in the second quarter of the year, a report showed Tuesday, thanks to bullish demand and chip price hikes.

The South Korean tech giant registered a 43.6 percent share of the global DRAM flash market in terms of revenue in the April-June period, up 1.6 percentage points from a quarter earlier, according to market tracker TrendForce.

Samsung's revenue came to US$10.51 billion in the second quarter, up 30.2 percent from a quarter earlier.

"On the demand side, buyers showed an increased willingness to expand DRAM procurement because they anticipated that prices will rise even further," TrendForce said. "In addition, frequent shortages of various semiconductor components this year drove buyers to stock up on DRAM ahead of time so as to avoid potential manufacturing bottlenecks due to low DRAM inventory." 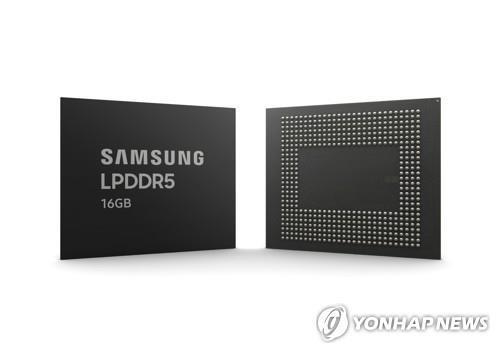 Another South Korean chipmaker, SK hynix Inc., kept the runner-up spot with a market share of 27.9 percent, down 1.1 percentage points from a quarter ago. But its revenue increased 20.8 percent on-quarter to $6.72 billion.

U.S. chipmaker Micron Technology Inc. was the No. 3 player with a market share of 22.6 percent in the second quarter, down 0.5 percentage point from a quarter earlier. Its revenue rose 22.6 percent on-quarter to $5.44 billion.

Regarding profitability, TrendForce said major suppliers also saw big growth on the back of an increase in DRAM quotes and larger shipments of chips manufactured with advanced process technologies.

"While Samsung kicked off mass production with the 1Znm process in 1Q21 at a relatively low yield rate, since the technology was still in its infancy at the time, the company was able to considerably ramp up production in 2Q21," TrendForce said. 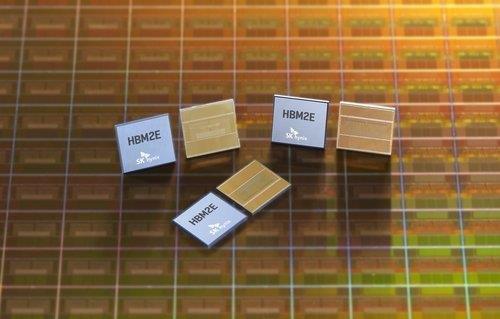 For the third quarter, TrendForce predicted that market shares of the top three DRAM suppliers will stay relatively unchanged from the second quarter as they are expected to continue raising quotes, while increasing shipments by a similar magnitude.

However, the market researcher pointed out that demand growth for certain products is likely to slow as some DRAM buyers have relatively high levels of inventory.

"In light of suppliers' insistence on raising quotes, TrendForce expects the overall ASP of DRAM products for 3Q21 to undergo a quarter-on-quarter increase, albeit at a narrower 3-8 percent now compared to 2Q21," it said.

"Assuming that prices and shipments continue their upward trajectory in 3Q21, TrendForce is bullish on DRAM suppliers' profitability for the quarter as well and expects market leader Samsung to reach 50 percent in operating profit margin for the first time in nearly three years."