SEOUL, Aug. 24 (Yonhap) -- Typhoon Omais weakened into an extratropical cyclone Tuesday morning, after making landfall around midnight Monday, flooding roads and houses, and forcing more than 10,000 people to evacuate in southern South Korean cities that lay in its path. 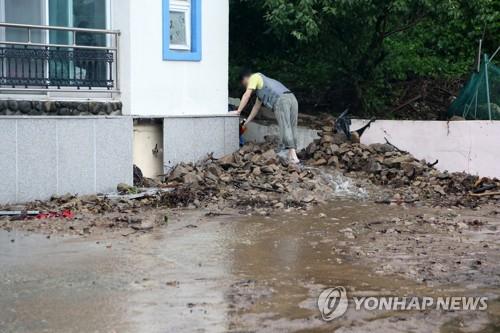 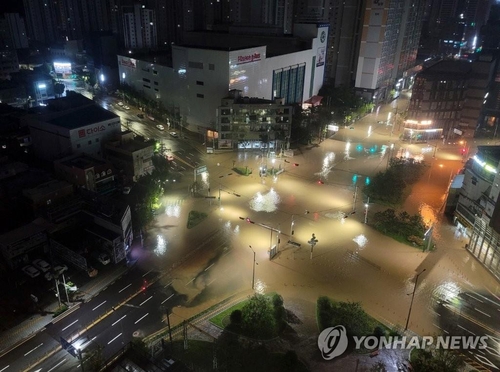 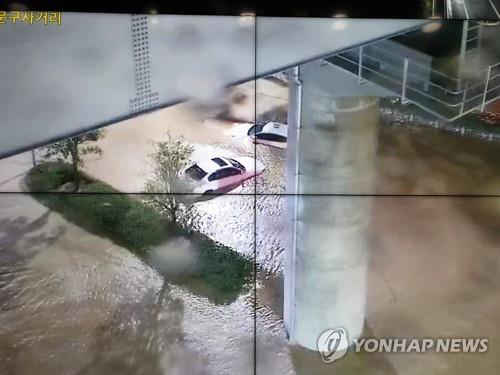 More than 10,000 residents living in landslide-prone areas in eastern Busan, Changwon and Suncheon and Damyang, both in South Jeolla Province, fled their homes by Monday night. 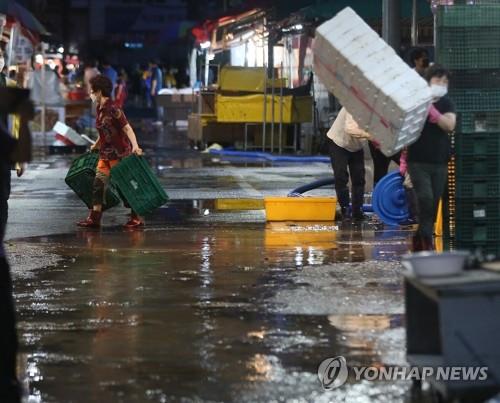 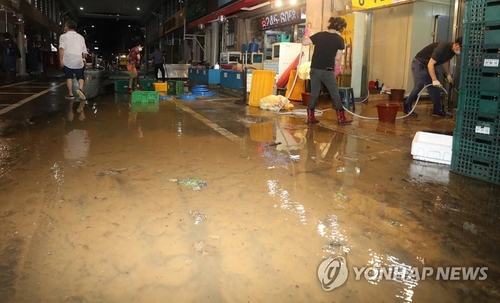