SEOUL, Aug. 24 (Yonhap) -- About two-thirds of bond mavens in South Korea predict the central bank to freeze its key interest for August amid the resurgence of new coronavirus cases, a poll showed Tuesday.

According to the survey of 200 bond experts by the Korea Financial Investment Association, 67 percent of the 100 respondents forecast the Bank of Korea (BOK) to hold its policy rate steady at a rate-setting meeting slated for Thursday.

The number of standpatters was down from 89 the previous month. In contrast, 33 bond experts, up 11 from July, anticipated an interest rate increase.

In mid-July, the BOK froze the benchmark rate at a record low of 0.5 percent amid a spike in COVID-19 infections but strongly hinted it may conduct its first post-pandemic rate hike by year-end.

The survey also showed 64 of the respondents forecasting local bond yields to remain steady in September, with 32 and four predicting increases and drops, respectively.

The association also said its bond market survey index (BMSI) stood at 87.3 for next month, down from 97.4 for August.

"Bond-market sentiment deteriorated in September from the prior month due to rising expectations for a key rate hike stemming from rising inflation," the association said. 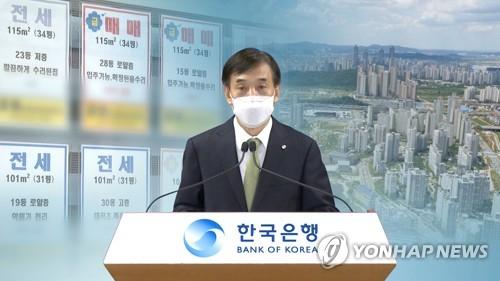