SEOUL, Aug. 24 (Yonhap) -- South Korea's largest shipper HMM Co. on Tuesday pressed its labor unions to return to the negotiating table, saying the imminent walkout of its workers could cost the firm a whopping US$580 million.

"We have already offered the unions a raise estimated at 10 percent, considering that the potential strike can deal a harsh blow on the export-oriented economy," HMM said in a statement.

On the previous day, unionized sailors and other sea-based workers at HMM have voted in favor of staging their first-ever strike after wage negotiations with the company reached a deadlock. They plan to hand in letters of resignation to management Wednesday. 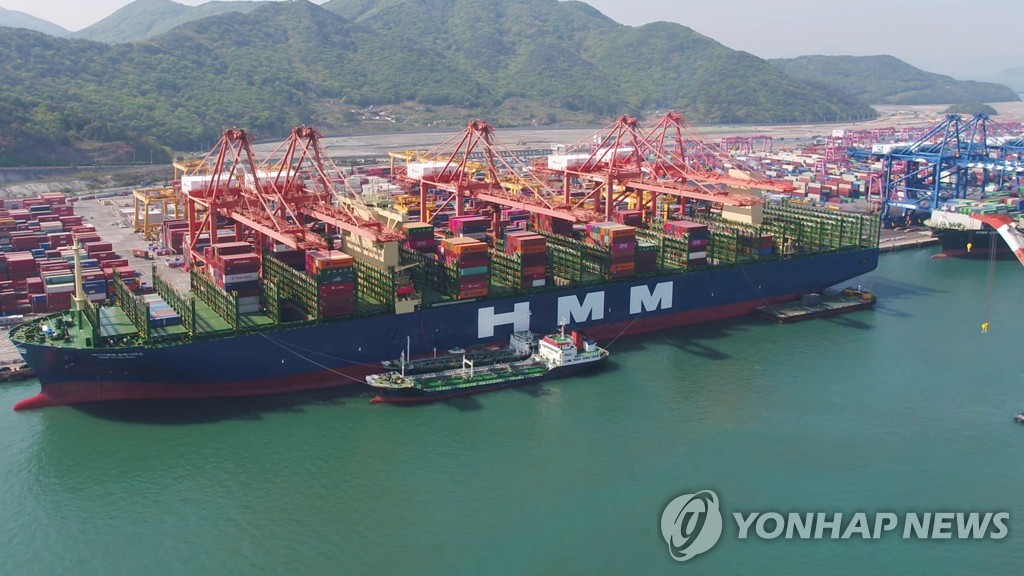 The separate land-based labor union of HMM also plans to hold a vote Monday on staging a walkout.

Union members demand an 8-percent pay increase on top of a bonus amounting to 800 percent of their wages. In contrast, the management offered workers an 8-percent raise, along with bonuses of 500 percent.

The seafarers union said it is still open to reach a last-minute agreement with the company, should the management come up with a sweetened proposal.

Union members claim they have been underpaid compared to workers at rival companies and their wages have been frozen for up to eight years.