SEOUL, Aug. 24 (Yonhap) -- The British aircraft carrier HMS Queen Elizabeth and its strike group will not make a planned port call at a port in South Korea's southern city of Busan due to the pandemic, sources said Tuesday.

The aircraft carrier had planned the port call later this month, during which they were to hold various joint events for friendship and exchanges, and stage combined exercises. Ahead of its arrival, the HMS Artful submarine firstly docked at the port of the Naval Operations Command in Busan earlier this month.

"We've decided to cancel the port call given the coronavirus situation. Exchanges and other in-person events between the sailors will not take place. But some combined field maneuvers are likely to be staged as planned," a military source said.

South Korea has experienced the fourth wave of COVID-19 since July, and Britain reported nearly 100 COVID-19 confirmed cases among around 3,700 sailors aboard the strike group vessels recently, though all of the crew members have been vaccinated.

The 64,000-ton Queen Elizabeth and the strike group embarked on a seven-month world tour in May. The fleet had conducted joint exercises with India and Singapore, and made a port call in Guam. After visiting Busan, it plans to travel to Japan, the officials said.

The aircraft carrier is escorted by several British navy vessels, as well as a Dutch frigate and the U.S.' guided-missile destroyer USS The Sullivans.

North Korea slammed the carrier group's deployment as a provocation that would escalate tensions in the Asia-Pacific. 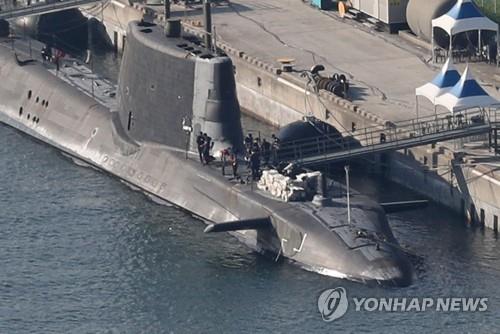