As the first step towards such changes, the National Assembly's Legislation and Judiciary Committee passed a revision of the Military Court Act, which requires military sexual offenses to be tried in civilian courts rather than in military courts.

The legal revision has been pushed amid criticism that the current military law system, in which investigations, prosecutions and trials are all conducted within the military organization, neglects the protection of service member victims. 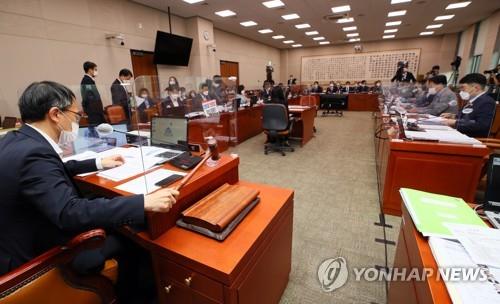 Earlier this year, two female noncommissioned officers from the Air Force and the Navy died by apparent suicide after complaining about being sexually harassed on and off bases. Both of the victims reported sexual harassment by their superiors to the military's law enforcement authorities before their deaths but were not well taken care of.

The revision also mandates that civilian courts be additionally responsible for dealing with the death of a soldier killed in non-military crimes and crimes committed before enlistment, for instance.