SEOUL, Aug. 25 (Yonhap) -- A parliamentary committee on Wednesday passed a bill to ban Google and Apple from forcing app developers to use the platforms' payment systems, clearing the last remaining hurdle before a final vote.

The legislation and judiciary committee of the National Assembly approved the revision of the Telecommunications Business Act, which seeks to bar app market operators from requiring developers to use certain payment systems by unfairly using their positions.

If the bill is approved in a plenary session, South Korea will be the first country to introduce such curbs on global tech giants' in-app billing policies, which have been increasingly under scrutiny around the world.

The plenary session was slated for later in the day, but was delayed until further notice. 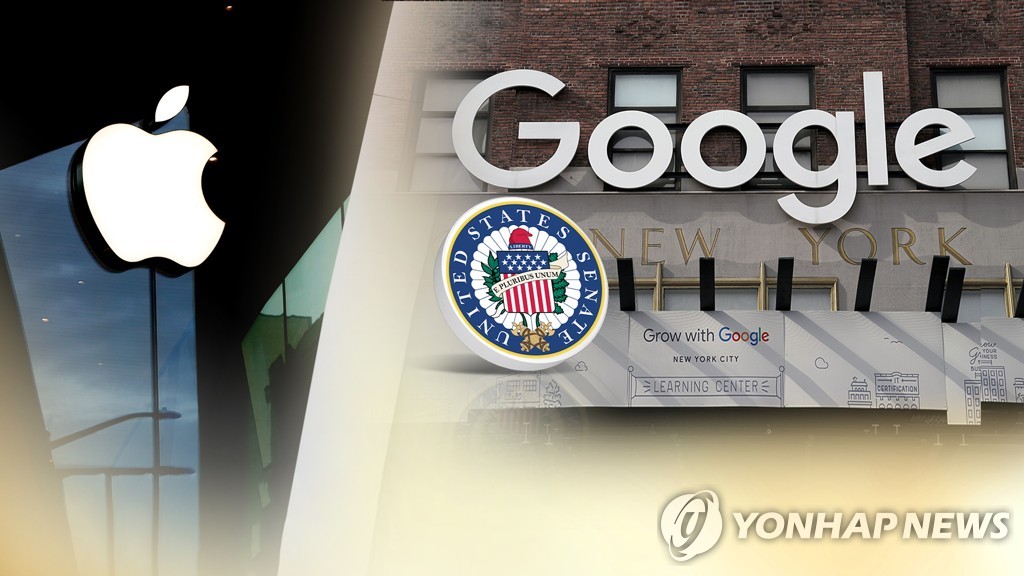 The so-called Anti-Google Law was submitted to parliament in August 2020, one month after U.S. tech giant Google said it would have all apps use its own billing system and charge 30 percent commission on all in-app purchases.

Earlier this year, Google decided to lower its commission fees to 15 percent for the first $1 million of revenue earned by developers.

Sales from Google Play Store in South Korea were estimated at 5 trillion won (US$4.3 billion) last year, accounting for two-thirds of the country's total, compared with those from Apple's App Store at 1.6 trillion won, according to the Korea Mobile Internet Business Association.

In response to growing pressure, its rival Apple cut the 30 percent rate by half for app developers that earn up to $1 million annually at the start of this year.

On Wednesday, Apple expressed concerns that use of third-party app payments could hurt consumer trust and limit local developers' business opportunities in its App Store as a result.

The bill "will put users who purchase digital goods from other sources at risk of fraud, undermine their privacy protections and make it difficult to manage their purchases," Apple said in a statement.

Apple said the proposal may undermine consumer trust in App Store purchases, which could lead to fewer opportunities for the over 482,000 registered developers in Korea who have earned more than 8.5 trillion won to date.