The country added 2,155 more COVID-19 cases, including 2,114 local infections, from the previous day, raising the total caseload to 241,439, according to the Korea Disease Control and Prevention Agency (KDCA).

The latest tally marked a sharp rise from 1,418 cases Monday and 1,509 cases Tuesday. The number of patients normally falls over the weekend and rises later in the week as more people get tested.

Daily cases have stayed above 1,000 for a whopping 50 consecutive days. On Aug. 11, the country reported a record daily caseload of 2,222. 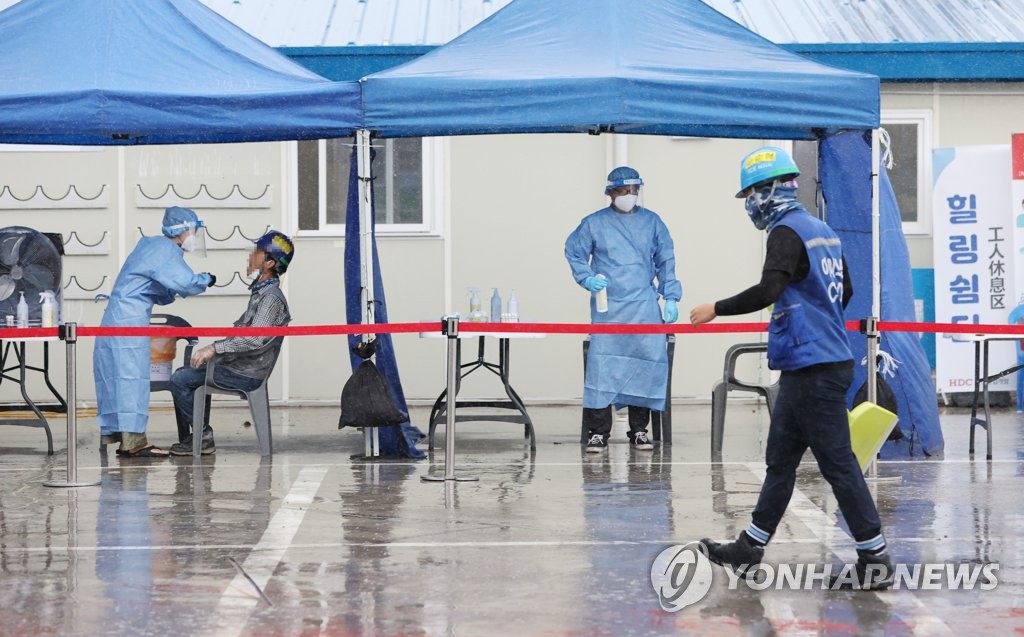 Of the newly confirmed domestic cases, 673 were from Seoul, the highest since the pandemic began last year. The city's surrounding Gyeonggi Province accounted for 579, and 117 were from the western port city of Incheon.

Over the past week, the country reported 3,062 COVID-19 variant cases, with 99 percent of them being the delta strain.

The wider Seoul area, where half of the nation's 52 million population lives, has been under Level 4 restrictions, the highest of the four-tier virus curbs, for the past six weeks.

Other areas have implemented Level 3 distancing for the last four weeks, although some areas, including the southern resort island of Jeju, have adopted the highest level of virus restrictions. The current social distancing measures will be effective until Sept. 5.

Health authorities added more curbs in the capital area this week, allowing restaurants and cafes to have dine-in customers only until 9 p.m., an hour earlier than the previous curfew.

Gatherings of more than five people are banned under Level 4, with the ceiling being lowered to just two after 6 p.m. 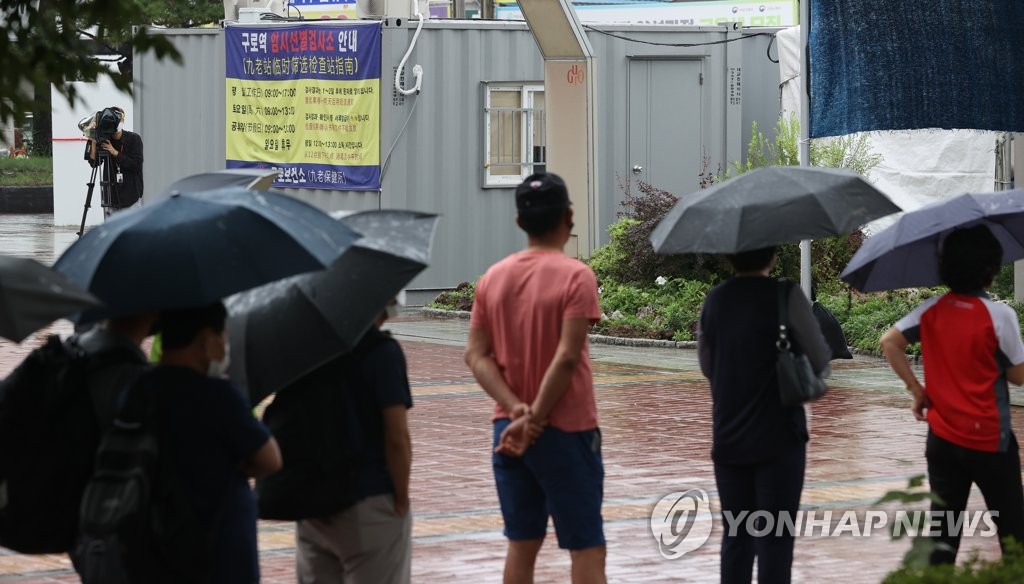 South Korea said the current level of infections are within a manageable level for the country's medical infrastructure, although daily cases above 2,500 may cause some issues in the longer run.

The number of patients with serious symptoms across the country reached 434, up 14 from the previous day.

As of Wednesday, 26.7 million people, or 52 percent of the population, have received their first shots of COVID-19 vaccines. Around 25.1 percent have been fully vaccinated, the KDCA said.

The total number of people released from quarantine after making full recoveries was 211,177, up 1,984 from the previous day.

New cases spike to over 2,000 again, infections in Seoul at record high

New cases spike to over 2,000 again, infections in Seoul at record high