SEOUL, Aug. 25 (Yonhap) -- Netflix's Korean-language original films will be screened in theaters next month as part of industry-wide efforts to overcome the pandemic-led slump, a local multiplex operator said Wednesday.

GJ CGV, South Korea's biggest multiplex chain, said it will run a special program titled "Netflix in CGV" to show seven films released via Netflix without a theatrical run from Sept. 1-12 at its 80 theaters nationwide.

It is the first time for Netflix originals to be screened in a multiplex chain since "Time to Hunt" became the first Korean commercial movie to go to the U.S. streaming platform without a run in theaters in April last year.

"The latest business cooperation with Netflix will attract more people back to theaters with diversified content and help the South Korean film industry survive as well," CGV said in a statement.

Netflix, which launched its service in South Korea in 2016, said the proceeds from the special program will be used for its Korean film restoration project.

Due to the protracted COVID-19 pandemic, the number of moviegoers totaled 20 million in the first six months of 2021, marking the lowest half-year figure since the KOFIC started to compile box-office data in 2004. 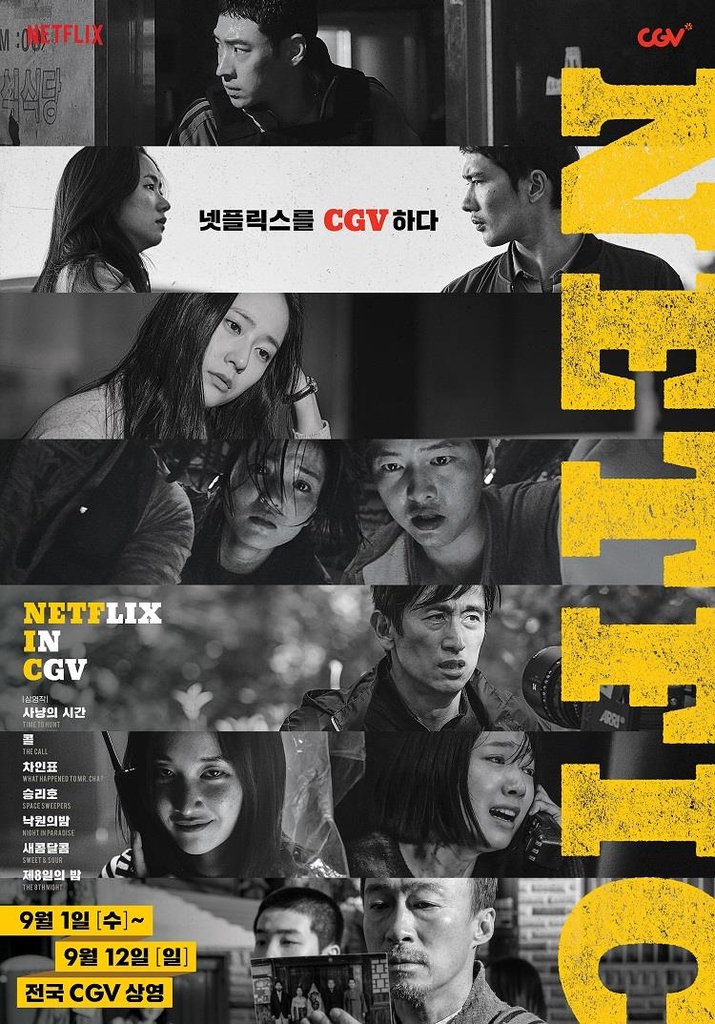