"We received the final ruling by an appellate body of the Korea Anti-Doping Agency (KADA) that Song has violated sport anti-doping rules," the KBO said.

Song was banned for 72 games, the equivalent of half a season, in May after KADA found out he had been in possession of an illicit growth hormone four years ago.

Under KADA's anti-doping code, athletes are punished for their purchase and possession of banned substances, even if they haven't taken those drugs or undergone any doping tests.

But Song, a former U.S. minor leaguer who reached Triple-A, denied the charges, claiming that he did not know the substance was illegal and returned it to the original owner.

As KADA's appellate panel rejected Song's appeal, Song's 72-game suspension, which began on May 25, was finalized, with the Giants finishing 48 games as of Tuesday, according to the KBO. 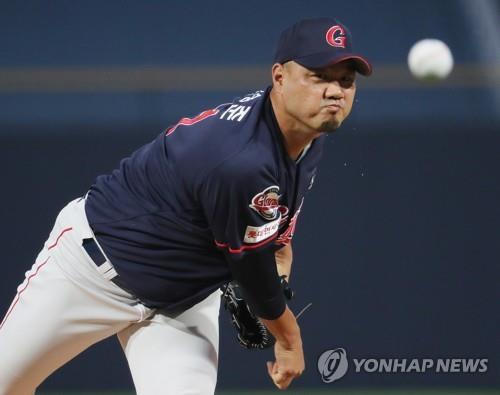