SEOUL, Aug. 25 (Yonhap) -- President Moon Jae-in on Wednesday stressed the need for the country to fulfill its moral responsibility in helping Afghans who offered support to South Korea, as Seoul plans to provide shelter to Afghans seeking refuge from the repressive Taliban group this week.

Seoul's foreign ministry announced earlier Wednesday that military planes carrying 391 Afghans were expected to depart from the Pakistani capital of Islamabad and land at Incheon International Airport, west of Seoul, on Thursday.

The evacuees are medical professionals, vocational trainers, IT experts and interpreters who worked for Korea's embassy and its humanitarian and relief facilities in Afghanistan, as well as their family members.

After being briefed on the operation, Moon said that it was "only natural for us to fulfill our moral responsibility by helping the Afghans who helped our operations," presidential spokesperson Park Kyung-mee said.

Moon also said it was "fortunate to be able to safely transport the Afghan employees who worked with our government and their families through delicate preparations."

The president also asked for the public's cooperation in accommodating the evacuees and expressed his gratitude for the people's support.

He also instructed authorities to make sure that the evacuees are not inconvenienced during their stay and also called for thorough measures against COVID-19 infections.

The evacuees, including some 100 children, will stay at the Leadership Campus of the National Human Resources Development Institute in Jincheon, 91 kilometers south of Seoul, for about six to eight weeks. They will be coming not as refugees but as "persons of special merit," according to officials. 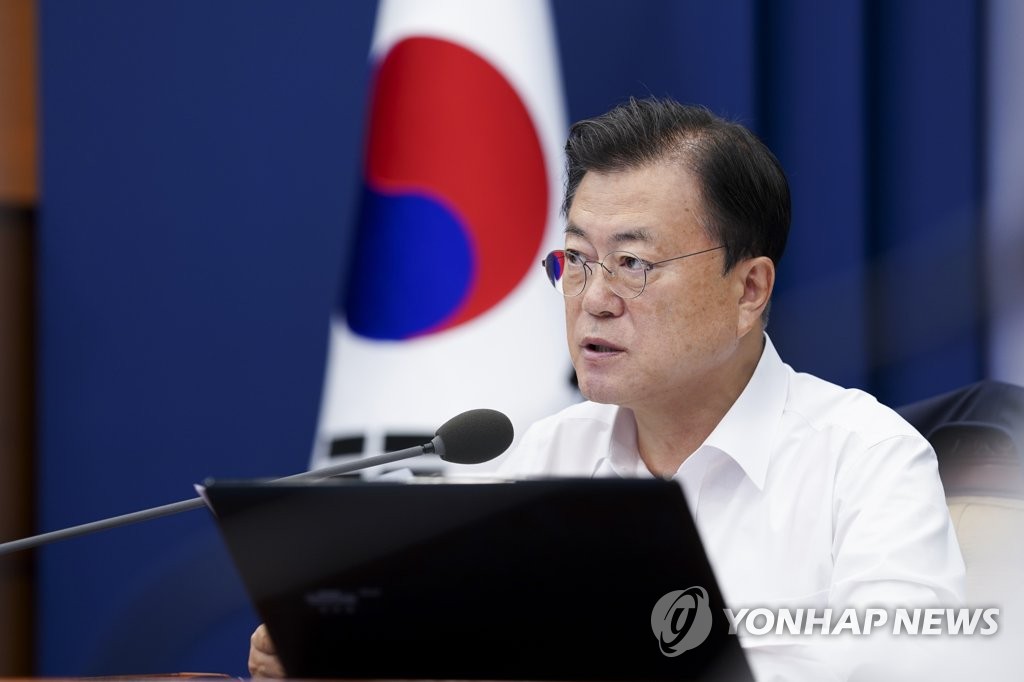