The transport aircraft took off from an airport in the Pakistani capital of Islamabad at 4:53 a.m. (Seoul time) and is expected to land at Incheon International Airport, west of Seoul, at 3:53 p.m., the ministry said.

It was not immediately known how many of the evacuees were aboard the plane.

South Korea sent three military aircraft on Monday to airlift those who worked with Koreans as well as their families amid the worsening security situation in Kabul following the Taliban's seizing of power.

On Wednesday, the government announced that it plans to bring in a total of 391 Afghans to the country on the evacuation mission, codenamed "Operation Miracle," stressing the country's moral responsbility to help the Afghan people facing serious security risks.

Of the 391 Afghans bound for Seoul, 26 people were airlifted to Islamabad on Monday before the 365 others were flown out Wednesday.

After the United States started the war on terror in Afghanistan in 2001, South Korea conducted various military and relief operations, including the Provincial Reconstruction Team (PRT) activities from 2010-14. The PRT offered medical services, aid for agricultural development and vocational and police training.

The Afghans will be coming in not as refugees but as "persons of special merit," and be granted short-term visas, which will switch to longer-term ones, officials have said.

Upon arrival, they will be tested for COVID-19 and be placed under quarantine at a government-designated facility in the provincial county of Jincheon, about 91 kilometers southeast of Seoul. They will also undergo screening again to confirm their identities. 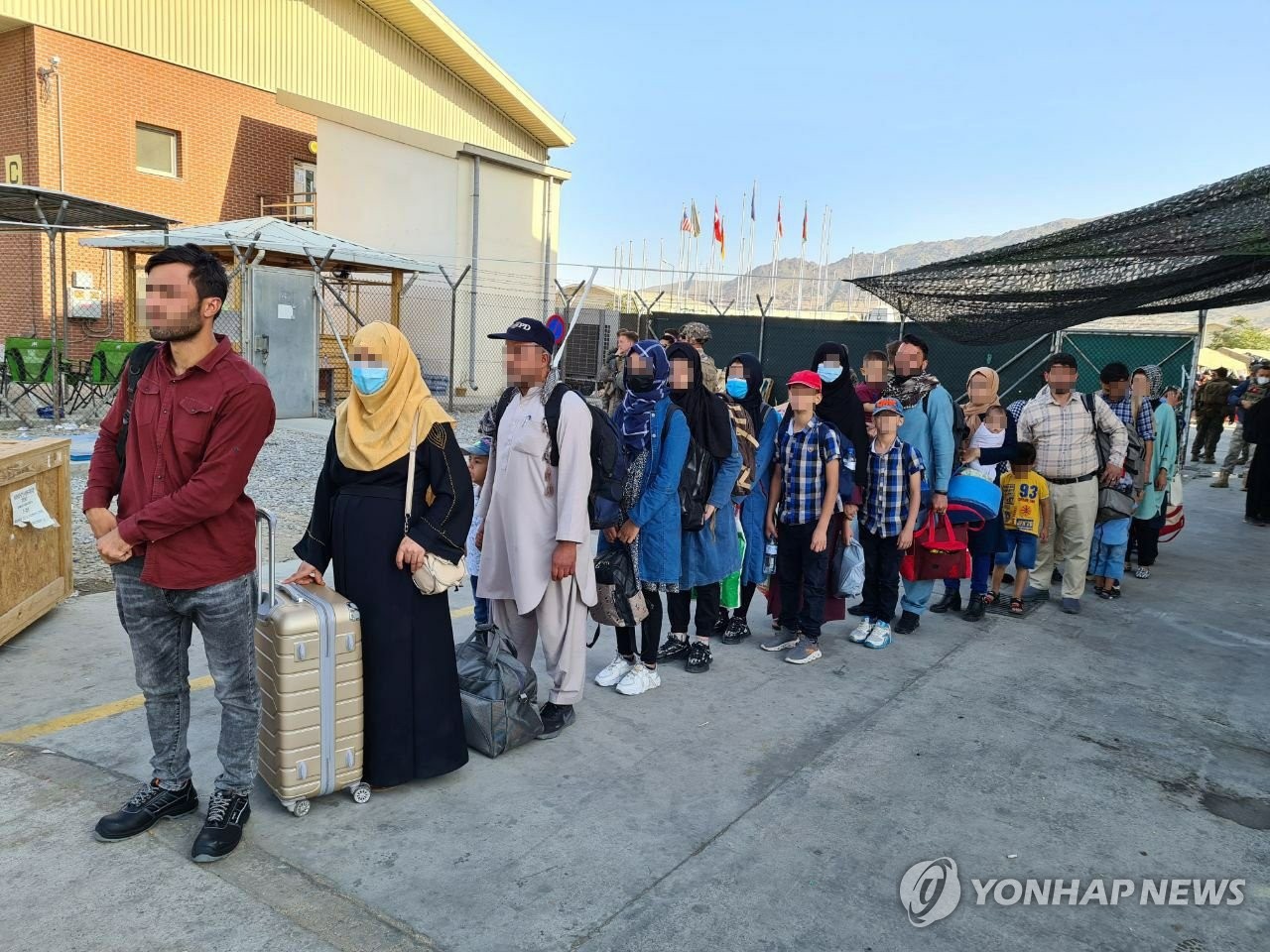