(ATTN: UPDATES with more details of additional arrival in paras 4-5)
By Kim Seung-yeon

SEOUL, Aug. 26 (Yonhap) -- A total of 378 Afghans arrived in South Korea on Thursday as part of Seoul's efforts to evacuate local co-workers of the country's embassy and other facilities in the war-torn nation after the Taliban's seizure of power.

A KC-330 tanker transport aircraft carrying the evacuees landed at Incheon International Airport, west of Seoul, at 4:24 p.m., after departing from the Pakistani capital of Islamabad early in the morning, the foreign ministry said.

The 13 others left Islamabad at around 7 p.m. (Seoul time) aboard a separate military plane and was expected to arrive in Korea early afternoon on Friday, the ministry said.

The 13 people, or three families, had remained in Islamabad due to a lack of seats on the first plane and other circumstances.

About half, or some 180, of the total evacuees are under the age of 10, including 100 infants, a defense ministry official said, adding that the evacuees are comprised of 76 families. 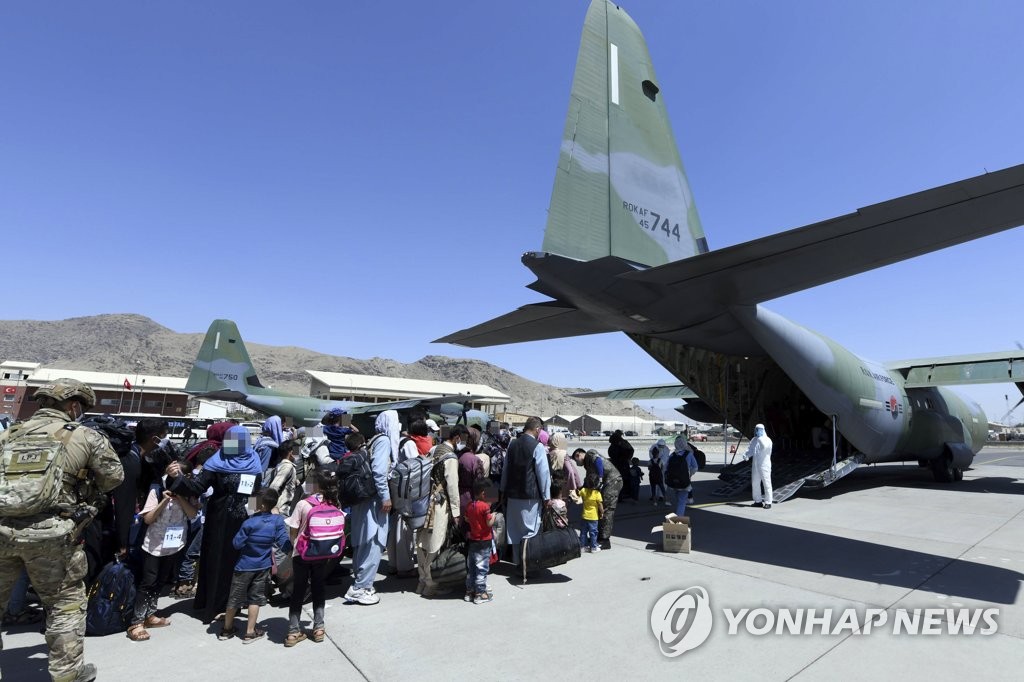 The evacuees had first been airlifted to Islamabad from Kabul on Monday and Wednesday.

The Afghans will be coming in not as refugees but as "persons of special merit" and be granted short-term visas, which will switch to longer-term ones, allowing them to find jobs.

Upon arrival, they will be tested for COVID-19 and be placed under quarantine at a government-designated facility in the provincial county of Jincheon, 91 kilometers southeast of Seoul. They will also undergo screening again to confirm their identities.

After the United States started the war on terror in Afghanistan in 2001, South Korea conducted various military and relief operations, including Provincial Reconstruction Team (PRT) activities from 2010-14. The PRT offered medical services, aid for agricultural development, and vocational and police training.

"The success of the Operation Miracle was possible thanks to full cooperation from our U.S. ally," the defense ministry said in a release.

The U.S. provided its military aircraft to transport South Korean embassy officials from Qatar to Kabul, and promptly granted prior permission for South Korean military planes' take-off and landing at the Kabul airport, according to the ministry.

"The defense ministry will continue cooperation for the Afghans' stable resettlement in the country, providing our logistics resources or medical support when necessary," it said. 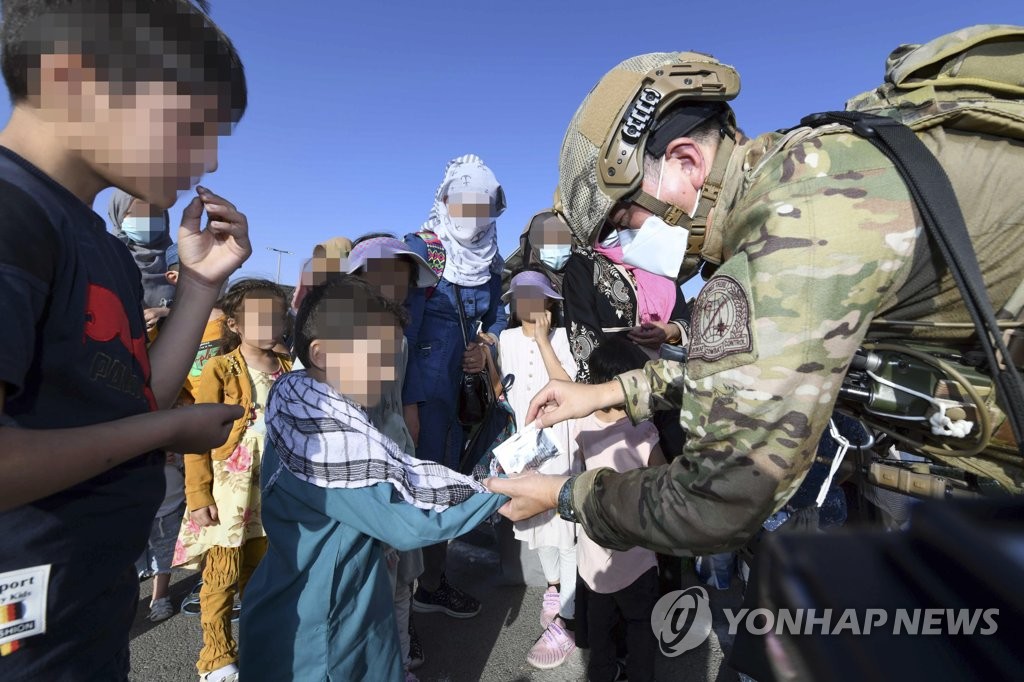