SEOUL, Aug. 26 (Yonhap) -- South Korea's daunting yet successful mission to evacuate Afghan colleagues from their war-ravaged country has hammered home a simple yet impactful message for them and its future partners: We will never abandon our friends.

That message has resonated with nearly 400 Afghan evacuees throughout this week, as South Korean diplomats and troops braved the war-like upheaval in Afghanistan to bring them out of harm's way under the mission, codenamed "Operation Miracle."

The evacuees include medical professionals, interpreters, vocational trainers, pharmacists and IT experts, who aided South Korea's efforts to help rebuild the country, as well as their family members. They had faced risks of Taliban retaliation for supporting foreign operations.

"The evacuation operation sends a message that South Korea will never give up on our friends," Kong Deok-soo, who headed a vocational training center in Afghanistan for five years since early 2010, told Yonhap News Agency over the phone.

"That served as an opportunity to remind the international community of Korea's commitment to those who have helped or will support its government and its nationals overseas," he added.

The evacuation mission initially appeared to be a perilous undertaking full of uncertainty, as many other countries have struggled with their own efforts to fly Afghans out of Kabul now in the hands of Taliban fighters awaiting the complete U.S. troop pullout slated for Aug. 31.

Though the Kabul airport is secured by U.S. and Turkish forces, reports of Taliban brutality -- despite its pledge to grant amnesty to all -- had raised doubts over whether Korea's evacuation operations involving three military aircraft could proceed as planned.

Brushing aside skepticism, a small group of diplomats, who themselves were evacuated to Qatar last week, flew back into Kabul to execute the daunting mission -- with their family members anxiously watching the operations riddled with security perils. 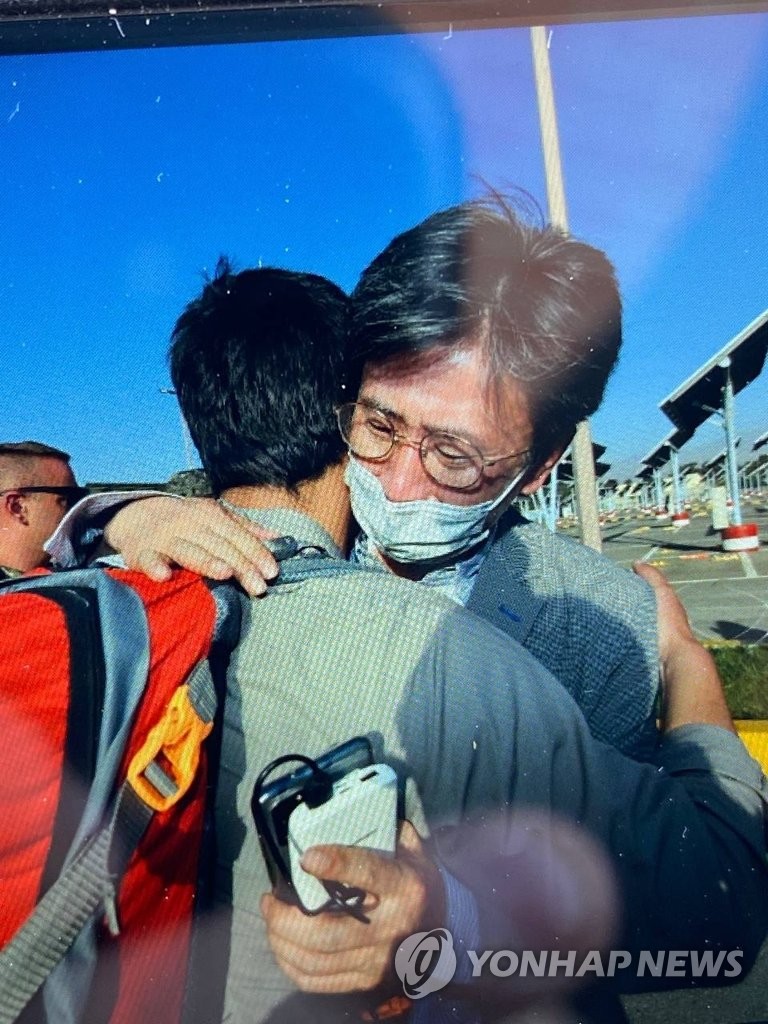 On their way to Korea, Afghan evacuees extended their appreciation to Koreans.

"Korean people are trying very hard night and day to carry us to the inside. I want to thank all of Koreans in Kabul for bringing us into the airport," said an evacuee who had worked for the now-closed Korean Embassy in the Afghan capital for two years.

For President Moon Jae-in, the desperate evacuation operations could be reminiscent of his parents' evacuation from Heungnam Port in North Korea under a large-scale withdrawal mission during the 1950-53 Korean War.

Moon called the Afghan mission "only natural and meaningful."

"It is fortunate to be able to safely transport the Afghan employees who worked with our government and their families through delicate preparations," he said Wednesday. 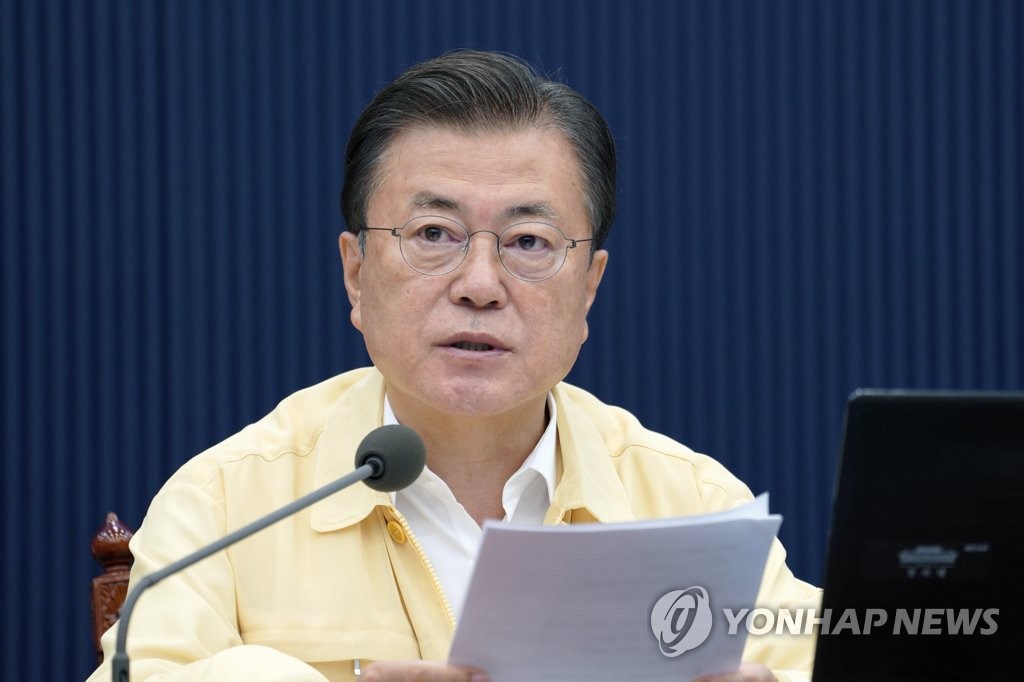 The evacuees had initially slogged their way through all perilous moments, including the passing of Taliban checkpoints, before reaching the Kabul airport. Later, Seoul diplomats secured bus services at the eleventh hour to clear the way for their entry into the airport.

"We chose the codename as we wanted to give hope to our Afghan co-workers who have made a new choice in a life-or-death situation," a Seoul official told reporters. "That codename also means our wish to successfully carry out the mission that we have rarely done before."

Observers stressed that this month's evacuation mission carries crucial meaning for South Korea, as the country has recently been stepping up its exchanges with overseas partners in trade, business, climate change and other areas in a reflection of its enhanced global standing.

"South Korea is a country that relies heavily on trade and overseas activities, which may require help from people abroad," Nam Chang-hee, professor of international politics at Inha University, said. "If we reject Afghan evacuees, what can we say when we are in need of support?"

Seoul's latest humanitarian operations have started to gain recognition from the outside community.

"First of all, as we talk about the Republic of Korea's support to airlift, we, obviously as I said earlier, are extremely grateful for their contribution to increase our outflow," Maj. Gen. William Taylor, deputy director for regional operations of the Joint Staff at the U.S. Department of Defense, said Wednesday.

Despite initial challenges, such as transporting Afghans to the airport, the evacuation mission has been faring largely successfully thanks to the Korean Embassy's thorough management of contact points with Afghan co-workers despite communication disruptions in the midst of Afghanistan war-like confusion.

"They had maintained communication with all evacuation applicants really like a miracle," Deputy Defense Minister for Policy Kim Man-ki said in a radio interview with the broadcaster CBS, referring to the embassy's well-updated list of contact points.

With their impending arrival, however, the last remaining question is whether Koreans at large are ready to embrace such a large influx of foreigners at a time when many are struggling economically in the grip of the COVID-19 pandemic, observers said.

The debate has lingered, pitting those favoring the acceptance of Afghan evacuees in line with the country's enhanced national stature against those raising potential security and other risks.