Lee, the vice chairman of Samsung Electronics Co., the group's crown jewel, had been serving time since he was sentenced to 2 1/2 years in prison on Jan. 18 in a retrial of a bribery case involving former President Park Geun-hye.

Lee's parole recalled a "too-big-to-jail" mantra that describes how top executives of big companies do not go to jail for their illegal acts, due to perceptions of their contribution to the economy.

In South Korea, that practice has been common as the country's courts and the government have been lenient toward white-collar crimes of top executives of chaebol, or family-controlled conglomerates including Samsung, SK and Lotte. 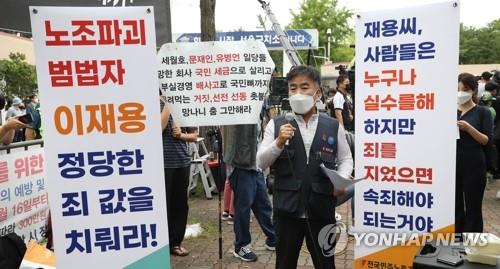 Most business tycoons who faced charges for their corporate crimes were released after courts suspended their prison terms, citing consideration of the economy.

Top executives of chaebol have been considered too important to the country's economy to spend time behind bars, though they were convicted of crimes like embezzlement and bribery.

The consideration came from their dominant influence on Asia's fourth-largest economy, which has been spearheaded by economy policy that focused on chaebol.

Sales of 64 family-run conglomerates by assets took up 84 percent of the country's gross domestic product (GDP) for 2019, according to data released by private company researcher Korea CXO Research Institute.

Their release usually comes to the fore after requests by economic bodies for the economic recovery and subsequent a spate of polls indicating support for their release. It is also backed by reports claiming that convicted business leaders should be freed to revive the faltering economy.

In late April, five business organizations, led by the Korea Chamber of Commerce & Industry (KCCI), submitted a request for Lee's pardon to President Moon Jae-in, stressing the country's chip industry was in danger of losing ground in the global market amid increased competition with foreign rivals.

A string of polls backing the release of Lee from the jail followed suit.

Proponents of Lee's parole claim that his far-reaching global networks will be helpful for vaccine supply as the country has faced a shortage of vaccines due to Moderna's failure to provide supplies.

In addition, his decision on the tech giant's massive and critical investment may sharpen the competitive edge of the country's chip industry in the global market, they said.

A media-monitoring civic group Citizen's Coalition for Democratic Media (CCDM) monitored a total of 165 news stories related to Lee by nine newspapers and seven broadcasting stations from July 21 to August 10.

News stories backing up Lee's parole overwhelmed criticism. Of the 165 news stories, 93, or 56 percent, were in favor of Lee's release, while just 27 or 17 percent denounced it. The recovery of the economy plagued by the COVID-19 pandemic was cited as the main reason for Lee's pardon.

Such Lee-supporting reports were mostly from local media companies who rely financially on chaebol, including Samsung. 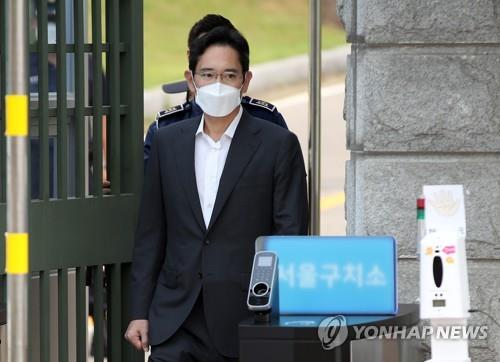 The government emphasized the role Lee can play in the national interest, by contributing to the economy and other areas.

President Moon said he is aware of mixed views on Lee's parole, pointing out there were many people calling for Lee's early release in hopes that he would play a role, especially in the semiconductor industry and on COVID-19 vaccines.

The Solidarity for Economic Reform, a major civic group that monitors economic policies lashed out at the government's decision, stressing it violated law and principle.

The judiciary's leniency toward white-collar crimes by chaebol were credited with having helped the recurrence of the stereotyped procedure related convicted business tycoons.

A sample of 738 high-profile economic crimes between 2000 and 2014, shows that the Korean judiciary is still biased towards chaebol, according to Choi Han-soo, a professor at School of Economics and Trade of Kyungpook National University.