INCHEON, Aug. 26 (Yonhap) -- Afghan evacuees, who fled their country seized by the Taliban, will be eventually granted long-term visas after they arrive in South Korea, the justice minister said Thursday.

Justice Minister Park Beom-kye said the government decided to give legal status to the people who worked with the South Korean government in the war-torn country and their families on par with that of a refugee.

The decision was reached after "careful consideration and numerous discussions," Park said during a briefing at Incheon International Airport, west of Seoul.

A total of 378 Afghans aboard a South Korean military aircraft arrived at Incheon International Airport on Thursday afternoon after leaving Islamabad, Pakistan, at 4:53 a.m. (Seoul time).

Including 13 more evacuees to be airlifted, a total of 391 Afghan co-workers and their family members, including some 100 children, are going to take refuge in South Korea.

The evacuees are medical professionals, vocational trainers, IT experts and interpreters who worked for Korea's embassy, now-closed hospitals and a job training center that were run by South Korea's overseas aid institution, KOICA.

They will be initially granted the C-3 short-term general visas upon arrival, which will allow them to stay here for 90 days, before eventually receiving the F-2 visas. 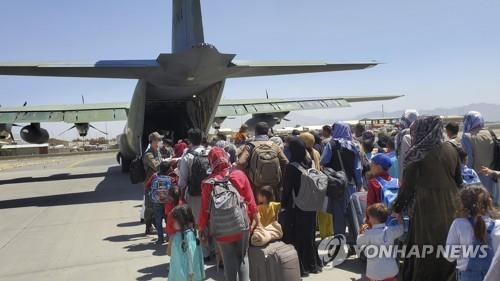 Earlier in the day, the ministry gave an advance notice of a revision to the country's immigration law in line with their arrival.

The ministry said it was in the middle of changing the Immigration Control Act to provide the F-2 long-term visas to people who have worked for the interests of South Korea and to allow them to work in the country with no strings attached.

An F-2 long-term visa holder can work freely, live here for as long as five years and apply for the F-5 permanent residency visa.

"The latest law revision unmistakably has (the Afghan evacuees) who cooperated with South Korea in mind, but it also leaves open the possibility for further desirable cases of foreigners settling down in South Korea," the justice minister noted.

The evacuees will be tested for COVID-19 at the airport and moved to a state facility in the central county of Jincheon, 91 kilometers southeast of Seoul, where they are expected to stay for about six weeks.

To help them adapt to new life in South Korea, the government will run various programs on the Korean language and culture, the ministry said.

Emphasizing years of their work for the South Korea government, the minister said, "Even though they have lived in a country far away, they are in fact like our close neighbors.

"There were times when we escaped from wars and sought help from the international community. Now is the time to help others." 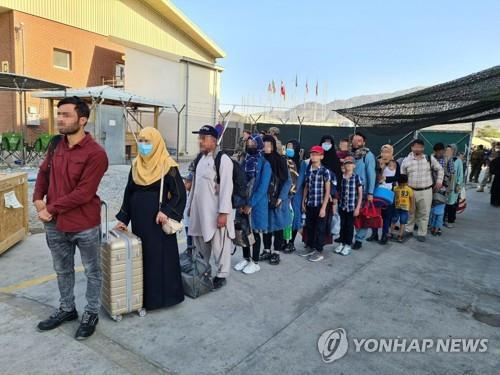