He pledged to expand support for investments in venture firms via the creation of a special fund worth 1 trillion won (US$850 million), speaking during a Cheong Wa Dae event, titled "K+Venture (K Add Venture)."

The government will make sure South Korea joins the top four of the world's venture powers through full support -- from business launch, growth, recovery to re-challenge, Moon said. 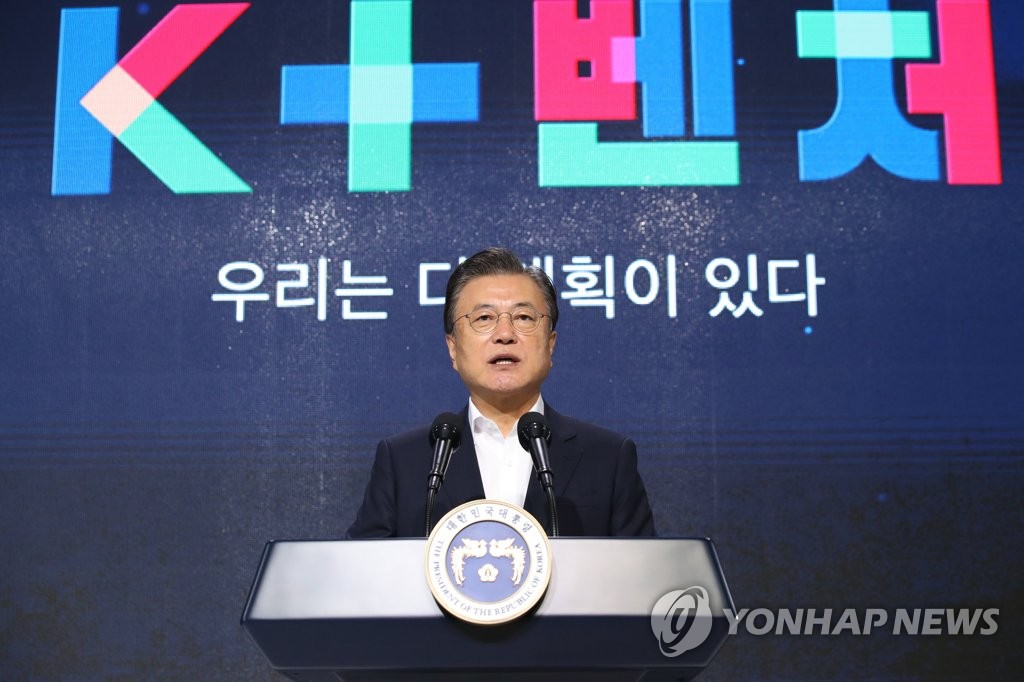 "Support for venture investment will further increase," he added. "The government will also create a new fund worth 1 trillion won in order to expand the high-risk early stage of investment in startups."

He stressed the need to foster technology startups and the inflow of talented manpower and capital, as well as invigorate the M&A market.

The president expressed optimism, saying South Korea is already riding on the second "venture boom" in the wake of the first one in the early 2000s.