SEOUL, Aug. 26 (Yonhap) -- Foreign news organizations will not be subject to the proposed revision to the media arbitration act, which would impose stiffer penalties on malicious false reports, government officials said Thursday.

The ruling Democratic Party, which controls an absolute majority at the National Assembly, plans to pass the bill during a full floor session Monday, despite resistance from opposition parties and media lobbies.

In its answer to an inquiry from the Seoul Foreign Correspondents' Club (SFCC), the culture ministry said the media arbitration act itself does not apply to international media outlets, according to ministry officials.

The act complies with definitions, terms and regulations of the newspaper act and other media laws that pertain to South Korean institutions, the ministry said in its reply to the SFCC.

Foreign news outlets and journalists are still subject to rules on defamation in the information and communication network act and criminal act, officials said.

The board of the SFCC filed the question last week, as the group expressed regret that the amendment could seriously restrict the freedom of the press. 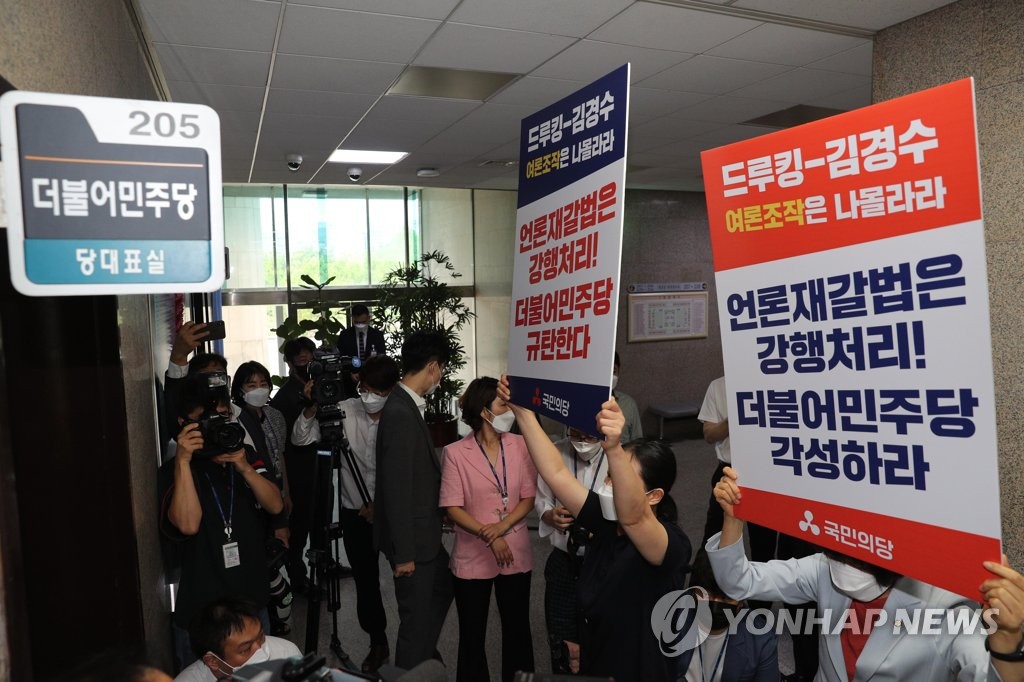