SEOUL, Aug. 26 (Yonhap) -- The foreign ministry called in a Japanese Embassy official Thursday to lodge a protest over a plan to discharge radioactive water from the crippled Fukushima nuclear power plant into the ocean, officials said.

Lee Tong-q, the ministry's director general for climate change, energy, environment and scientific affairs, expressed regrets to Makoto Hayashi, a minister at the embassy in Seoul, as the Tokyo Electric Power Company, the operator of the plant, announced the plan earlier this week.

"Director General Lee stressed the importance of sufficient consultations over the planned disposal of the contaminated water, and of providing information with sincerity, and relayed our citizens' concerns," the ministry said in a press release.

Lee also urged Tokyo to cooperate on the establishment of a bilateral consultative body on the Fukushima water issue.

The Japanese diplomat said he would deliver Seoul's position to the Tokyo government, the ministry said.

Japanese media reports have said that the Tokyo Electric Power Company plans to build a roughly 1-kilometer-long undersea tunnel to release the tritium-laced water from the plant into the waters.

Earlier this year, Japan announced a plan to start discharging the treated water into the sea in 2023 in what is expected to be a decadeslong process, as all storage tanks at the nuclear plant are expected to be full as early as the fall of 2022. 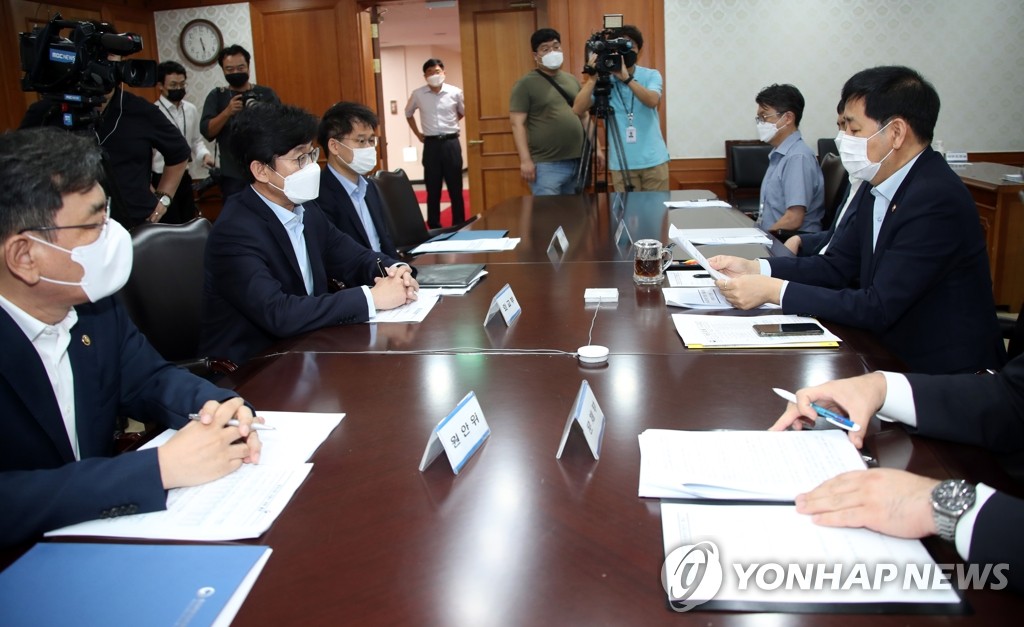