SEOUL, Aug. 26 (Yonhap) -- Samsung Electronics Co. expanded its lead in the global NAND flash market in the second quarter of the year, a report showed Thursday, on the back of strong chip demand and price hikes.

The South Korean tech giant posted a market share of 34 percent in terms of revenue in the April-June period, up 0.5 percentage point from a quarter earlier, according to market tracker TrendForce.

Samsung's revenue came to US$5.59 billion in the second quarter, up 12.5 percent from a quarter earlier.

"For 2Q21, Samsung's bit shipments grew by around 8 percent quarter-on-quarter thanks to the strong demand from PC OEMs and hyperscalers aggressively building up their enterprise SSD inventories," TrendForce said. "The energetic stock-up activities and the shortage of controller ICs also caused Samsung's average selling price (ASP) to rise by about 5 percent quarter-on-quarter." 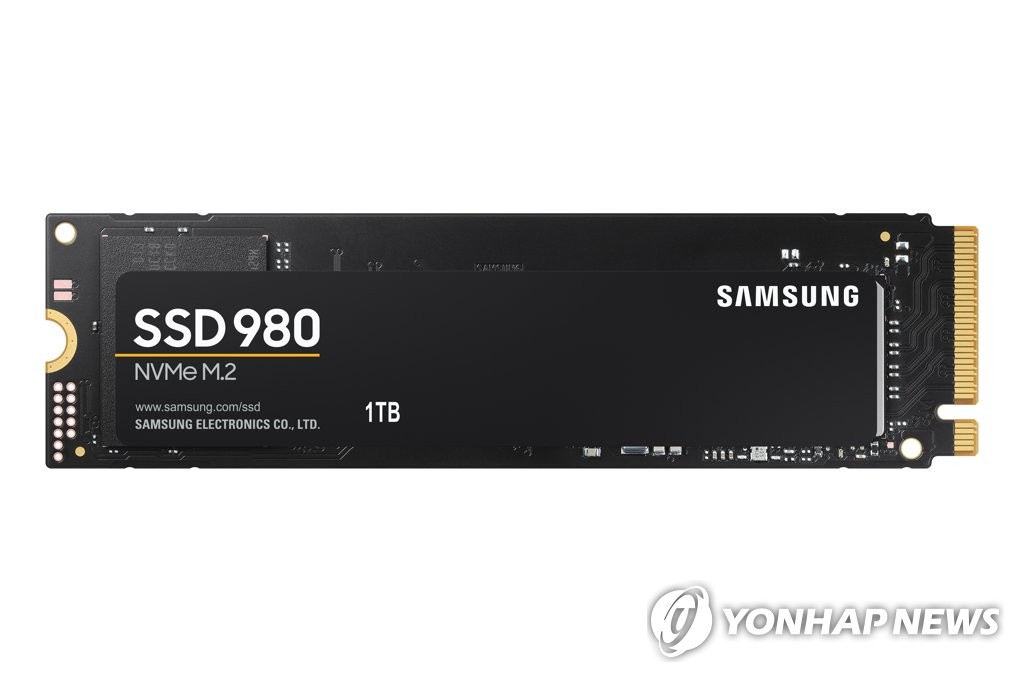 The total NAND flash bit shipments in the second quarter increased by nearly 9 percent from the previous quarter, while the overall ASP rose by about 7 percent quarter-on-quarter due to robust notebook demand and procurement for data centers.

Japan's Kioxia Corp. was the runner-up with an 18.3 percent market share, down 0.4 percentage point from a quarter earlier, as its revenue increased only 8.5 percent quarter-on-quarter to $3.01 billion.

Western Digital Corp. came in third as its market share stayed unchanged at 14.7 percent from a quarter earlier. The U.S. chipmaker posted revenue of $2.41 billion, up 11.2 percent from the first quarter.

Micron Technology Inc. and Intel Corp. came in fifth and sixth in the NAND flash market with shares of 11 percent and 6.7 percent in the second quarter, respectively.

For the third quarter, TrendForce said global NAND flash revenue could not only post a quarter-on-quarter growth, but also hit a record high.

"Clients in the data center segment will gradually become the main growth driver as they expand procurement of high-density enterprise SSDs," it said. "Furthermore, notebook demand is expected to remain at a fairly high level in 3Q21, thereby sustaining NAND Flash demand bit growth and the ongoing rise in contract prices of NAND Flash products."