SEOUL, Aug. 27 (Yonhap) -- K-pop superband BTS has refuted the recent online allegations of Billboard chart manipulation, pointing out that they are easily subject to such accusations just because they are a peripheral band from Korea.

The septet's English-language songs "Butter" and "Permission to Dance" have stayed atop the Hot 100 main singles chart for a combined 10 weeks this summer thanks to overwhelming physical album sales and digital downloads.

Typically, on the other hand, most of the Hot 100 songs depend on streaming and radio airplay for the majority of their weighted points. 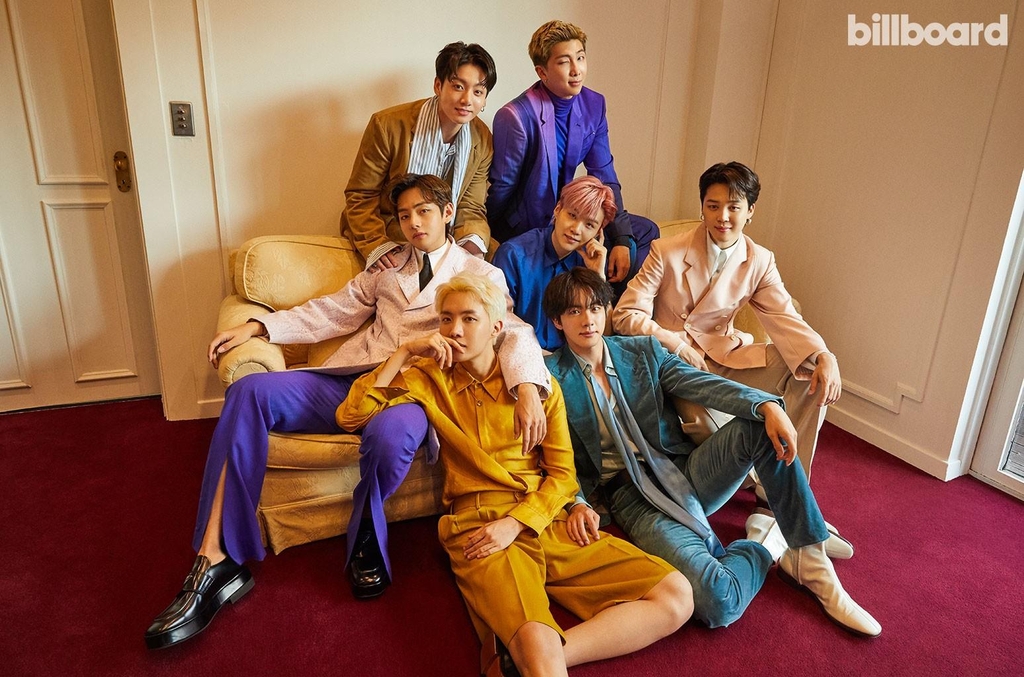 Fans of some singers like Olivia Rodrigo and Dua Lipa recently claimed that the massive purchase of albums by Army, BTS' global fandom, is behind the chart-topping performance of BTS songs, calling it "cheating," according to the cover story of the latest Billboard Magazine released Thursday (U.S. time).

"It's a fair question," rapper RM, the leader of the South Korean band, was quoted as saying, when asked about the issue. "But if there is a conversation inside Billboard about what being No. 1 should represent, then it's up to them to change the rules and make streaming weigh more in the rankings."

He also noted that he thinks BTS and its highly loyal fans have become the "target" in the U.S. pop scene because his band is from Korea.

"Slamming us or our fans for getting to No. 1 with physical sales and downloads, I don't know if that's right," he said. "It just feels like we're easy targets because we're a boy band, a K-pop act, and we have this high fan loyalty."

The magazine also quoted the chief of BTS' management agency, saying that he understands the response from the U.S. mainstream music industry to the septet's success.

"I get that there are market developments (related to BTS) that are head-scratchers for some people," said Shin Young-jae, president of BTS' label, Big Hit Music. "But I don't believe the U.S. market is one that can be handily topped by downloads alone. We think the songs' impact was shown in many ways, and we are proud of that achievement." 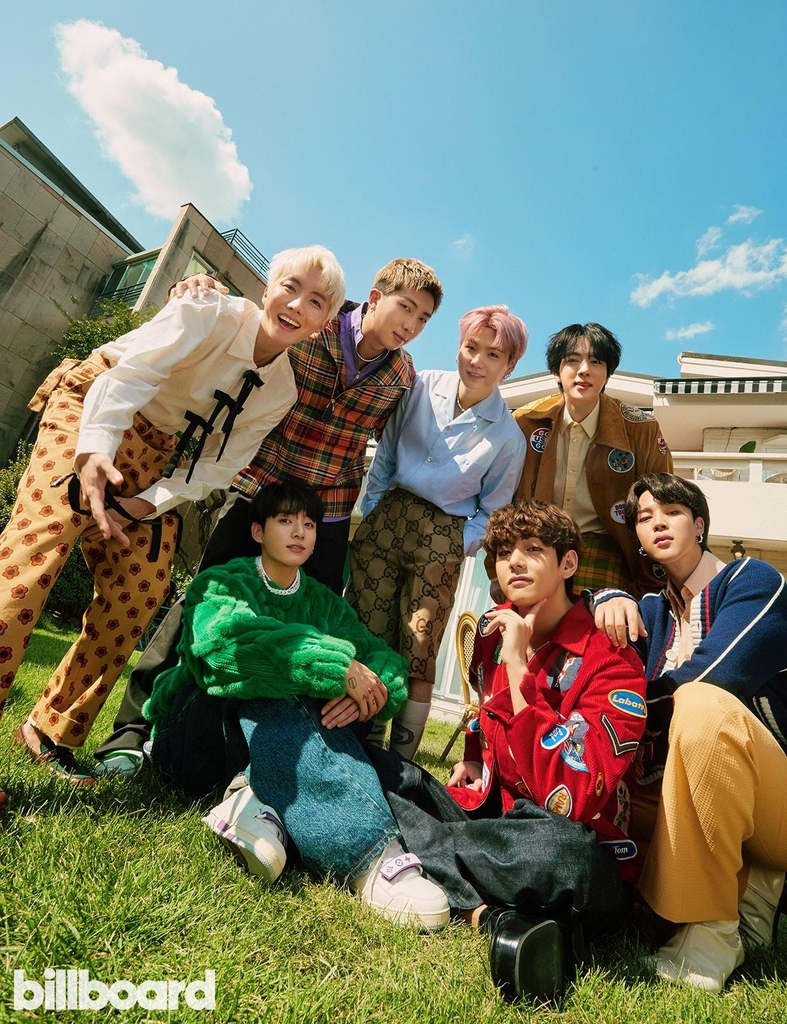 BTS' goal is not to represent the U.S. pop music or to be fully accepted as a member of the mainstream community but to stand where they are as an "outlier" and perform for as many fans as possible around the world, according to the magazine.

"I don't think we could ever be part of the mainstream in the U.S., and I don't want that either," he says. "Our ultimate goal is to do a massive stadium tour there. That's it."