JINCHEON, South Korea, Aug. 27 (Yonhap) -- Hundreds of Afghan civilians who evacuated to South Korea seeking refuge from the Taliban in their homeland arrived at their temporary shelter in the country's central region Friday, where they are expected to stay for about eight weeks.

The group of 377 Afghans, including 180 children and infants, which landed at Incheon International Airport, west of Seoul, on Thursday via a KC-330 military tanker transport aircraft, was admitted to the Leadership Campus of the National Human Resources Development Institute in Jincheon, 91 kilometers south of Seoul.

The foreign ministry stated earlier that the group was comprised of 378 people, but the justice ministry records showed that 377 were admitted to the country.

The group spent their first night in South Korea at a quarantine facility in Gimpo, west of Seoul, after being tested for COVID-19. They were transported to Jincheon on Friday morning in chartered buses and under a police escort. There reportedly have been no positive cases, while some were still waiting for their test results.

The South Korean evacuation mission, named Operation Miracle, got under way after Seoul temporarily closed its Afghanistan embassy and evacuated its diplomatic staff to Qatar, as the security conditions worsened amid the ongoing pullout of U.S. troops and the Taliban's power grab in the country. 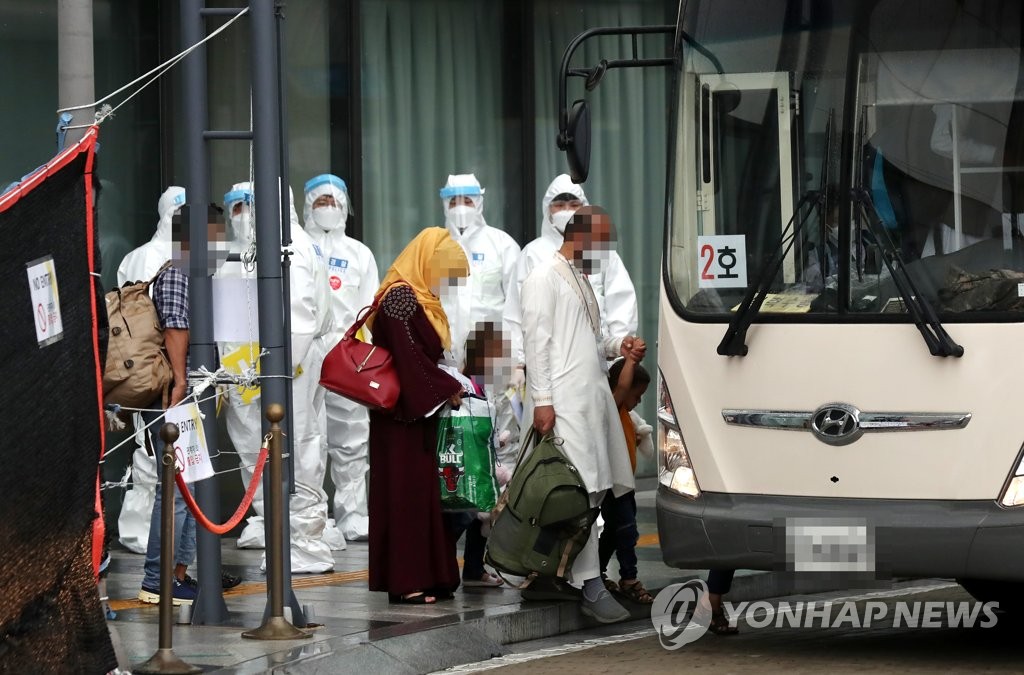 According to the justice ministry, the evacuees are medical professionals, vocational trainers, IT experts and interpreters who worked for Korea's embassy and its humanitarian and relief facilities in Afghanistan, and their family members.

The government officials and residents greeted the arrival of the Afghans with warmth, with banners placed on roadsides welcoming the arrival of the evacuees. "We will share your pain. Have a comfortable stay here," one banner read.

All of them have tested negative in COVID-19 tests conducted upon their arrival, and were to be transported to the facility here to join the rest of the evacuees, according to the justice ministry. 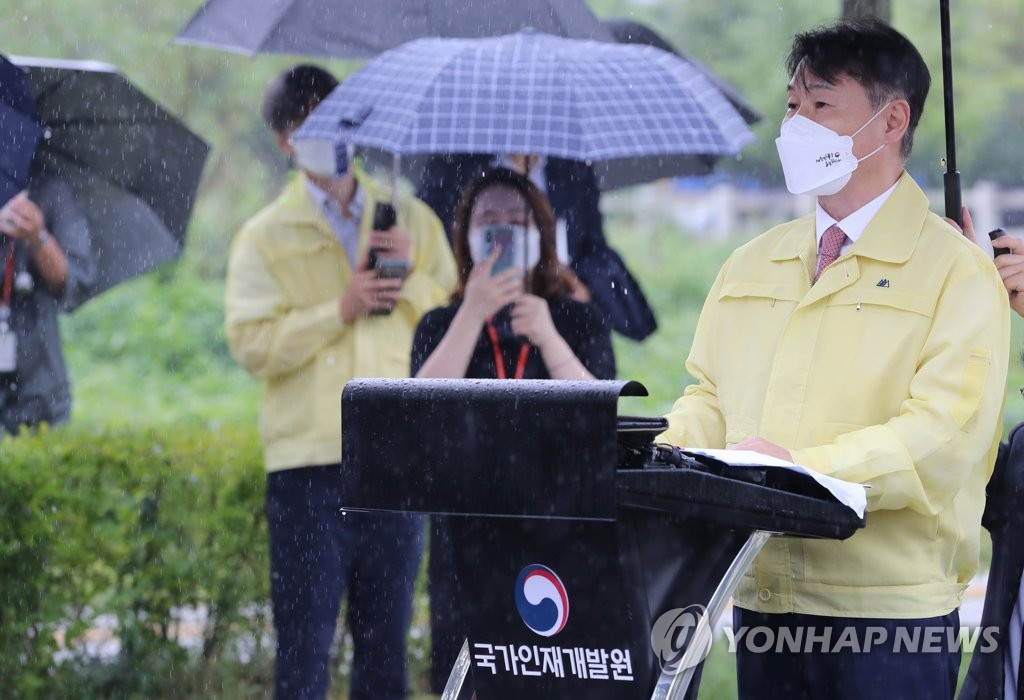 According to the justice ministry, the evacuees will remain in quarantine at the Jincheon facility for two weeks and remain there for approximately six more weeks.

The facility will be managed by 14 administrative personnel and its periphery will remain under a police patrol 24 hours a day. The evacuees will also receive regular tests for the coronavirus.

The government has staffed one in-person resident interpreter and nine interpreters to provide translation services through phones. Food will also be prepared in consideration of the evacuees' religious background.

Authorities also plan to operate a temporary day care center after the quarantine period ends, considering that 110 of the evacuees are under the age of 6.

To help them adapt to their new life in South Korea, the government will offer various programs on learning the Korean language and culture, the ministry said.

"We believe the evacuees will adjust well in South Korea, as they have worked with our government and some even speak a bit of Korean," Vice Justice Minister Kang Sung-kook said at a briefing at the facility. He also thanked local residents for welcoming the evacuees and promised to work to minimize the potential inconveniences of the local community. 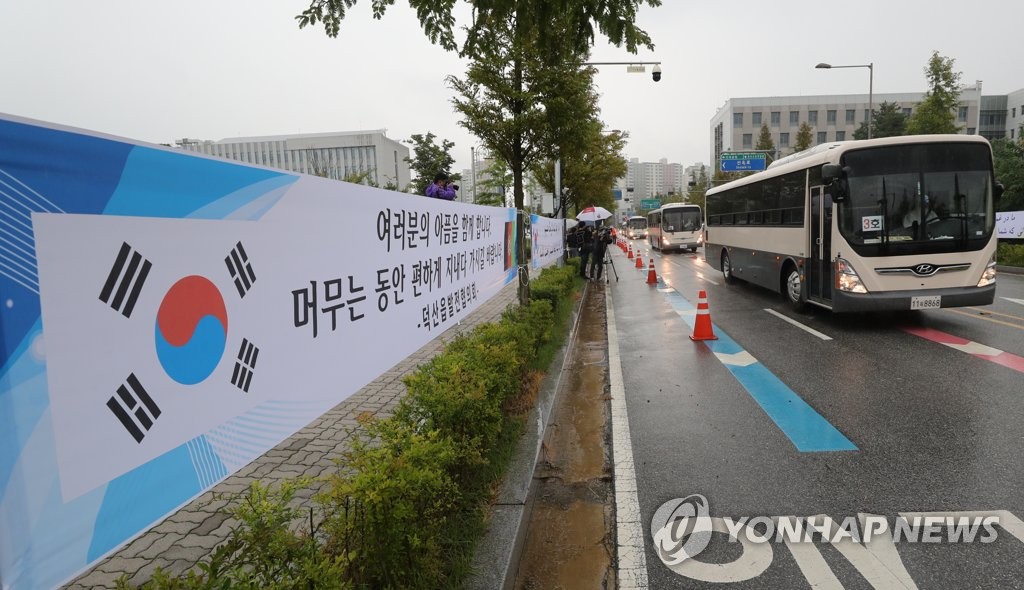 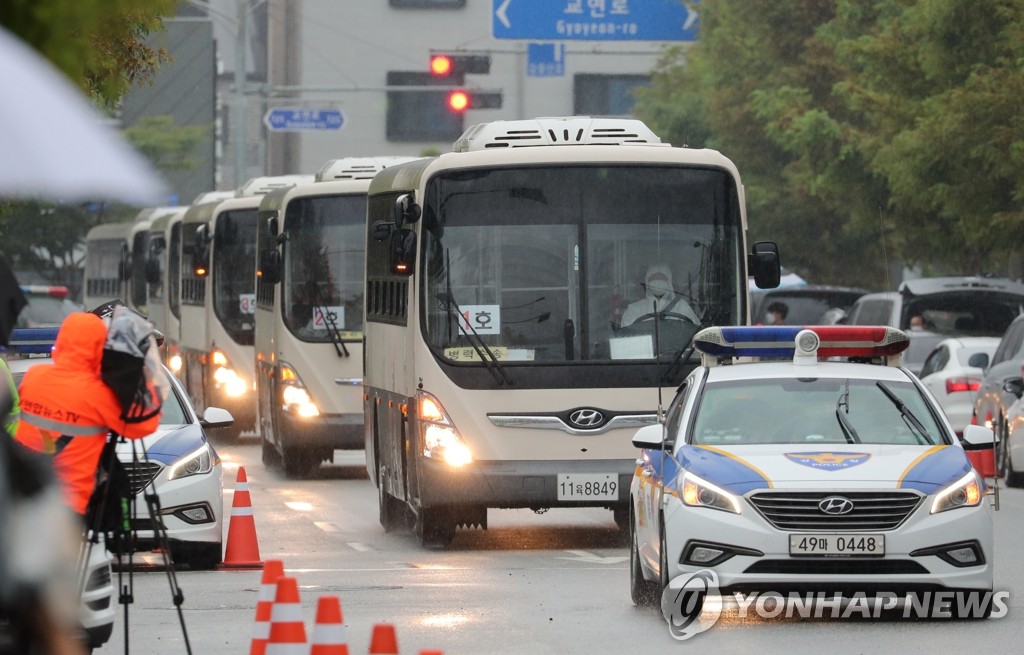 The state-run facility providing temporary shelter is where 173 South Korean evacuees from Wuhan were placed in quarantine in January of last year during the early stage of the coronavirus pandemic.

Named as "special contributors" to South Korea, the Afghans have been granted short-term C-3 visas but will later receive the F-2 visas, which permits work and residency of up to five years. They will later be provided with the chance to apply for the F-5 permanent residency visa.

The ministry is in the process of changing the enforcement ordinance of the Immigration Control Act to provide F-2 visas to people who have worked for the interests of South Korea and to allow them to work in the country with no strings attached. 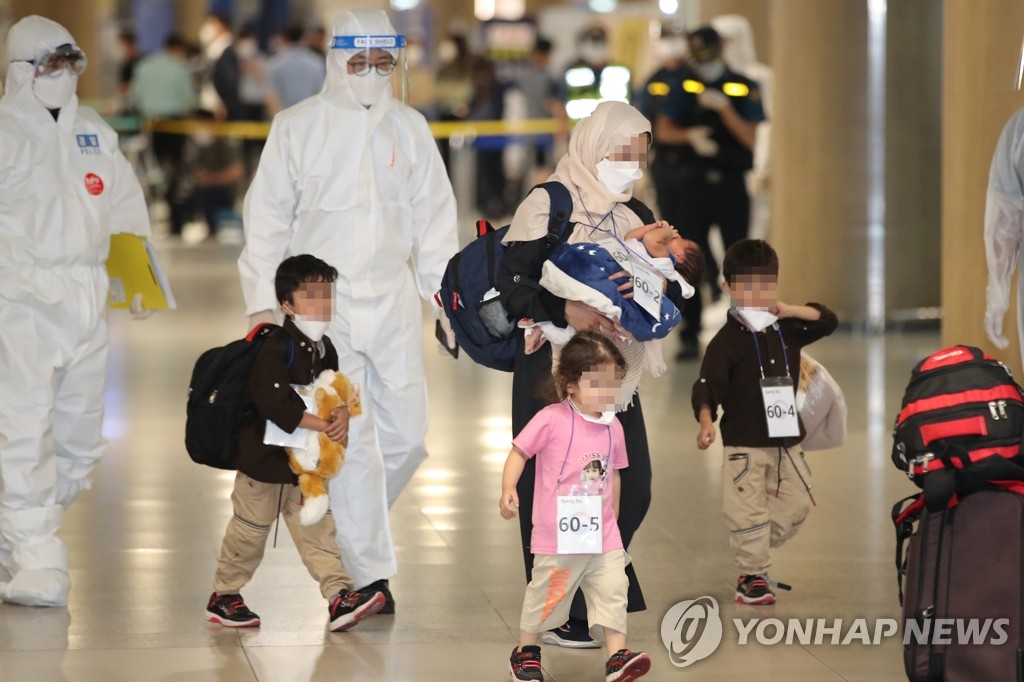 South Korea has stressed its moral responsibility to help the Afghan people facing serious security risks after the Taliban took control over Afghanistan.

On the topic of the evacuees' legal status, Justice Minister Park Beom-kye said Friday they should be "distinguished" from normal refugees, as they were brought here "on a military transportation aircraft after careful discussions and judgment by our government."

Park also brushed off criticisms alleging that the government was intentionally avoiding using the term "refugees" to describe the evacuees in order to dodge negative opinions toward accepting foreign refugees.

"There are various types of visas under our Immigration Control Act, and revising the enforcement ordinance is aimed at making up for regulatory inadequacies in the law," Park told reporters.

Park stated the previous day that the Afghan evacuees will be offered "more care" in terms of living expenses, settlement subsidies and education support compared with normal refugees for their support of the South Korean government in Afghanistan. 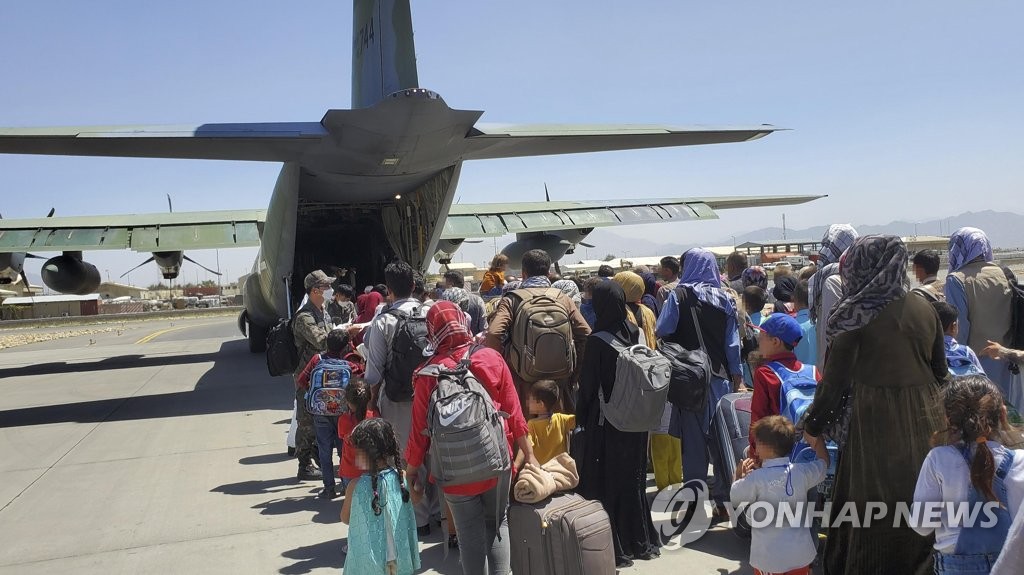