SEOUL, Aug. 27 (Yonhap) -- The foreign ministry corrected the number of Afghan evacuees brought into South Korea on Thursday to 377 from 378, saying one person had to be returned to Kabul from Islamabad due to unclear identity.

A total of 391 Afghans had originally been brought from Kabul to Islamabad, but while checking their identities before departure for South Korea, officials found one unidentified person not on the evacuation list, according to the ministry.

"The person was sent back to Kabul on a military transport aircraft and handed over to the U.S. military handling identity checks," the ministry said.

The ministry asked for understanding of the counting error, citing the chaotic situation at the time.

On Friday, an additional 13 Afghans arrived in South Korea, bringing the total number of Afghan evacuees brought into the country to 390.

The evacuees are medical professionals, vocational trainers, IT experts and interpreters who worked for Korea's embassy, now-closed hospitals and a job training center that were established by the country's overseas aid institution, KOICA, as well as their family members. 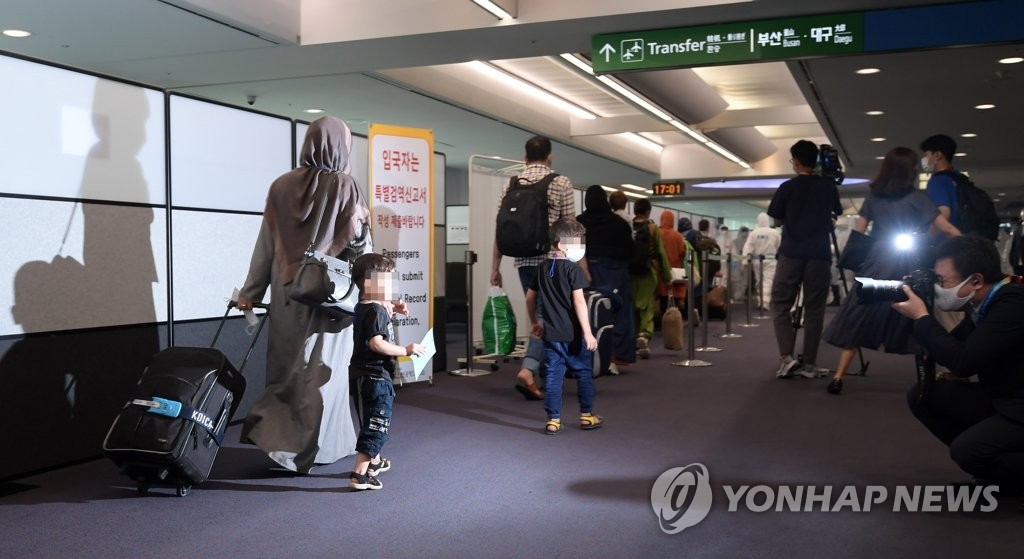