In the first court hearing on the case against the 25-year-old artist whose legal name is Kim Han-bin, prosecutors requested the Seoul Central District Court sentence him to three years behind bars and order a payment of 1.5 million won (US$1,282) in restitution.

B.I has been indicted on charges of purchasing illegal drugs, including marijuana and LSD pills, through an acquaintance in April and May of 2016, and using some of them himself in violation of the Narcotics Control Act.

"As an entertainer loved by the public, the accused amassed an enormous amount of profits through show business activities for the following three years after the crime," a prosecutor pointed out during the hearing.

In his final statement to the court, B.I appealed for leniency, asking it to give him "one more chance" to live as a person who can be forgiven and deliver on his pledge.

The drug scandal involving him led to the resignation of Yang Hyun-suk as CEO of YG Entertainment, home to iKON, as well as other prominent K-pop bands like BLACKPINK. B.I also left iKON over the scandal and had his contract with YG terminated.

The final court ruling on the drug abuse case is slated for Sept. 10. 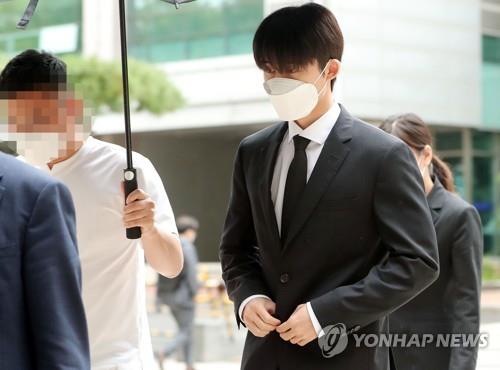