SEOUL, Aug. 27 (Yonhap) -- GM Korea Co. and its labor union have signed a wage agreement for the year amid the extended COVID-19 pandemic and sluggish sales, the company said Friday.

In their second vote held early this week, some 65 percent of GM Korea's unionized workers agreed to accept the company's revised proposals that newly include 300,000 won (US$260) worth of repair coupons for Chevrolet brand vehicles and 200,000 won worth of gift certificates

GM Korea, the South Korean unit of General Motors Co., and its union have held 15 rounds of wage negotiations since May amid the extended COVID-19 pandemic and sluggish sales. 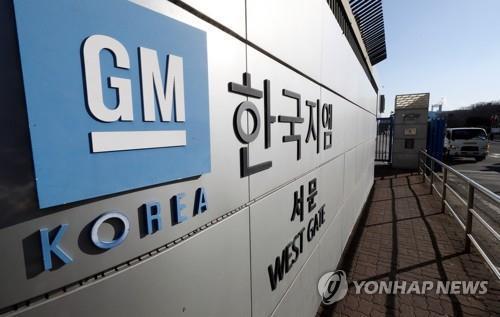 Last month, union members voted against the tentative wage deal that includes an increase of 30,000 won in monthly base pay and a one-off bonus of 4.5 million won per person.

The union originally demanded an increase of 99,000 won in basic monthly pay, as well as a lump sum payment of over 10 million won in performance-related pay and a cash bonus per person. It also asked the company to suggest future vehicle production plans at the plants.

GM Korea has three plants -- two in Bupyeong, just west of Seoul, and one in Changwon, 400 kilometers south of the capital city. The plants' combined output capacity reaches 630,000 units a year.