SEOUL, Aug. 27 (Yonhap) -- POSCO, the world's fifth-largest steelmaker by output, said Friday it has teamed up with Korea Shipbuilding & Offshore Engineering Co. and other partners to develop a carrier of liquefied carbon dioxide in the latest move to reduce greenhouse gas emissions.

Under the deal, POSCO and its partners will build a 20,000 cubic meter liquefied CO2 carrier by 2025, the steel giant said.

POSCO said it will develop steel to be used in the storing of liquefied carbon dioxide, while Korea Shipbuilding & Offshore Engineering and its affiliate Hyundai Mipo Dockyard Co. will develop welding technology needed in designing and building the vessel, and British quality assurance Lloyd's Register will handle certification of steel and technical review of storage tank's design and manufacturing. 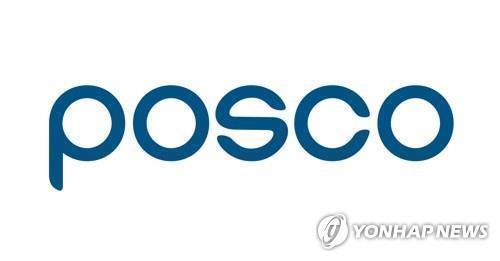 Liberia International Ship & Corporate Registry will be responsible for approving a flag state, according to POSCO.

POSCO's joint project is meant to try to dominate the fledging market of carbon capture, utilization and storage.

Carbon capture and utilization is a key technology used to recycle carbon emissions by capturing carbon dioxide and converting it into other products, such as methanol.

POSCO's move came as carbon neutrality has emerged as a global agenda for fighting climate change since the Paris climate accord went into effect in 2016.

South Korea has vowed to go carbon neutral, or effectively reduce carbon emissions to zero, by 2050 in an effort to transform the country's fossil-fuel reliant economy into an eco-friendly one.