SEOUL, Aug. 27 (Yonhap) -- The top diplomats of South Korea and Thailand agreed Friday to strengthen cooperation in future industries, health care and green technologies during their talks in the Southeast Asian country, the foreign ministry said.

The talks between Foreign Minister Chung Eui-yong and his Thai counterpart, Don Pramudwinai, came as Seoul strives to advance its New Southern Policy aimed at deepening diplomatic and economic cooperation with the Association of Southeast Asian Nations (ASEAN). At the talks, the two sides affirmed their commitment to intensifying cooperation in technology, innovation, digital economy as well as human resources development, according to their joint press statement.

They also agreed to work together to promote green investment and technologies for sustainable development, while expressing their determination to enhance cooperation against emerging infectious diseases and other public health threats.

Chung used the talks to call for Thailand's continued support for Seoul's policy initiative to lay the groundwork for the denuclearization and peace on the divided Korean Peninsula, the ministry said in a press release.

Chung also expressed appreciation to the Thai government for its cooperation in South Korea's recent operations to evacuate 390 Afghan co-workers and family members by allowing the passage of military transport aircraft and offering refueling support.

While in Thailand, Chung paid a courtesy call on Thai Prime Minister Prayut Chan-o-cha. The prime minister reaffirmed his will to further strengthen the strategic partnership between the two countries, the ministry said.

Chung is currently on a two-nation trip that includes his visit to Laos. In June, the minister visited Vietnam, Singapore and Indonesia during his first trip to Southeast Asia in his current capacity since taking office in February. 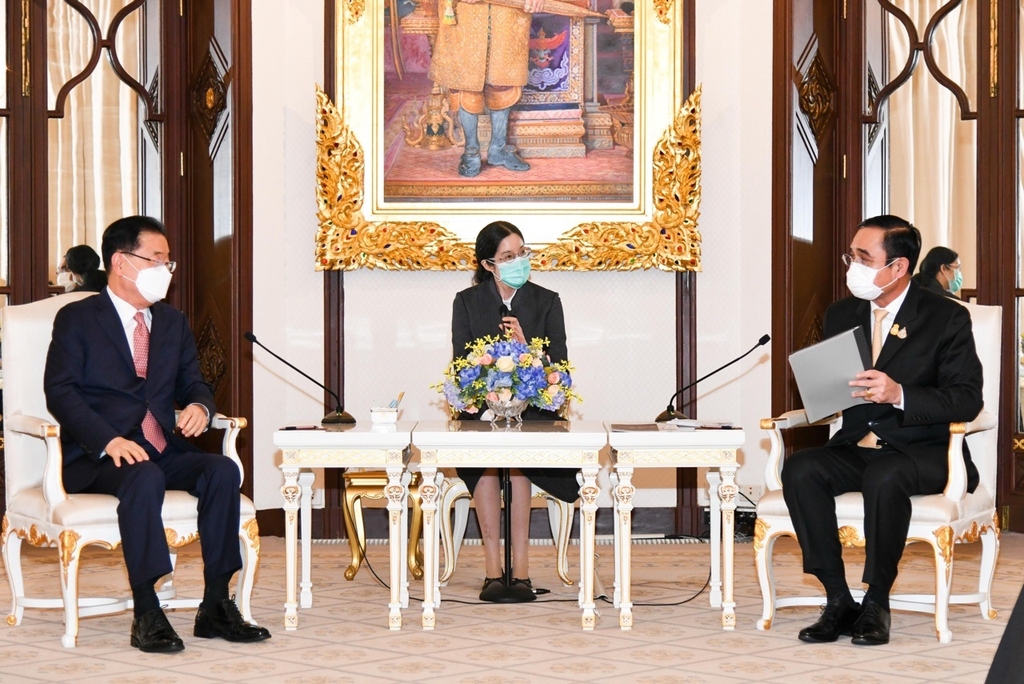