Five infections were reported from Osan Air Base and three COVID-19 patients -- one soldier and two civilian workers -- were identified from Camp Humphreys, both located in Pyeongtaek, 70 kilometers south of Seoul, according to U.S. Forces Korea (USFK).

USFK said three family members from its base in Daegu, about 300 kilometers southeast of Seoul, also tested positive.

The USFK said it is conducting contact tracing in cooperation with the local health authorities, while all patients have been moved to facilities designated for confirmed COVID-19 cases at Camp Humphreys and Osan base.

The latest cases raised the total number of infections reported among the USFK-affiliated population to 1,297.

But the number of infections after a nighttime dance party at Osan Air Base last week has not yet been added to the total caseload. At least 33 service members tested positive for the virus on Thursday and Friday. 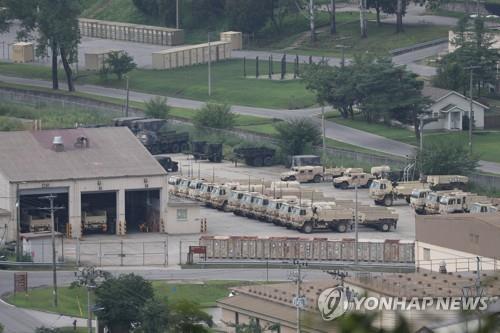