They took coronavirus tests upon arriving at Incheon International Airport on Thursday. They were among 477 Afghans evacuated to South Korea from their homeland controlled by the Taliban.

The Afghans, who were staying at a temporary shelter in Jincheon, 105 kilometers south of Seoul, have been transported to a medical facility in the nearby city of Cheonan, according to the Ministry of Justice.

South Korea carried out the emergency evacuation operation mobilizing its military aircraft to help those who worked at its local embassy or assisted in Provincial Reconstruction Team activities in the war-torn nation as well as their families. 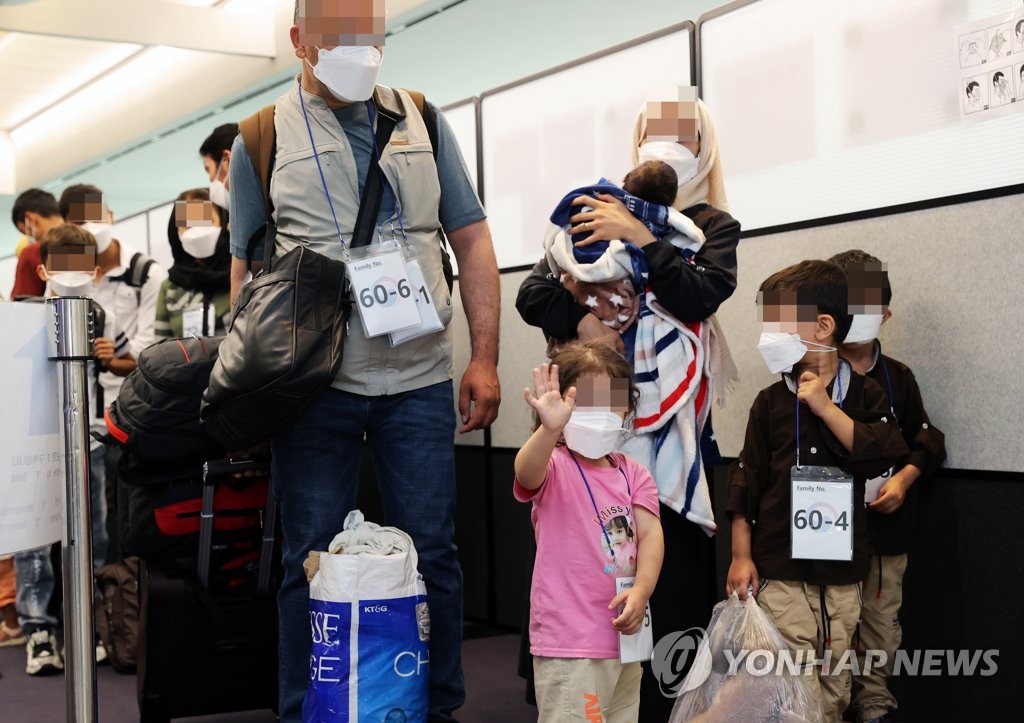 Four Afghan evacuees in S. Korea confirmed to be infected with COVID-19: ministry

Four Afghan evacuees in S. Korea confirmed to be infected with COVID-19: ministry