As of 6 p.m. Sunday, 1,133 cases were reported, down 175 from the same time the previous day. New infections are counted until midnight and reported the following day. Health officials warned against losing vigilance toward the virus curbs, stressing that a loosening of the measures will only let infections spread further.

"It is fortunate that we have curbed the spreading trend of the fourth wave, but it is still a dangerous situation as the virus wave remains on a large scale," Sohn Young-rae, a senior health official, said in a briefing.

"If we become careless or the quarantine measures are relaxed, we could see a sharp increase in infections again," he said.

Sohn said that "the most pressing goal is to bring the virus wave to a clear downward trend," saying that the authorities will work to stem the spread of the virus by taking steps to minimize loopholes, such as the inoculation of foreign workers.

The current social distancing measures are set to run through Sept. 5, and officials said they will announce revised distancing measures this Friday, including rules for the upcoming Chuseok holiday, which falls later in September this year. During Chuseok, millions normally travel across the nation to visit family. 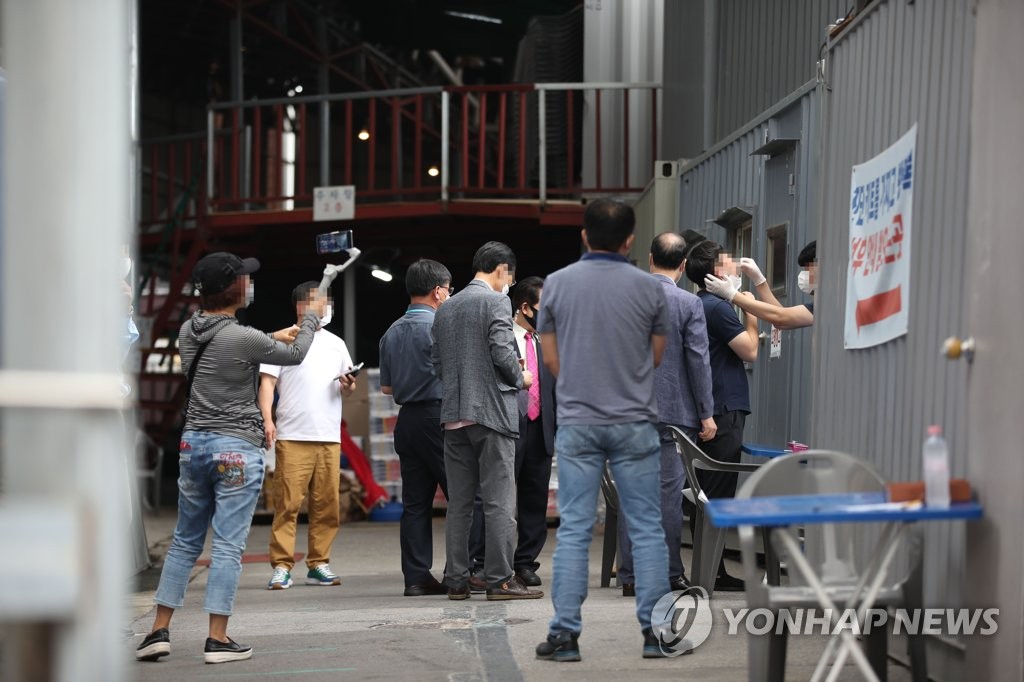