"Our government has been holding in-depth discussions with the Biden administration over various measures to resume talks with the North," he told reporters before departing for Washington.

"I am visiting the U.S. to discuss with officials ways for the early resumption of the peace process on the Korean Peninsula," he added. 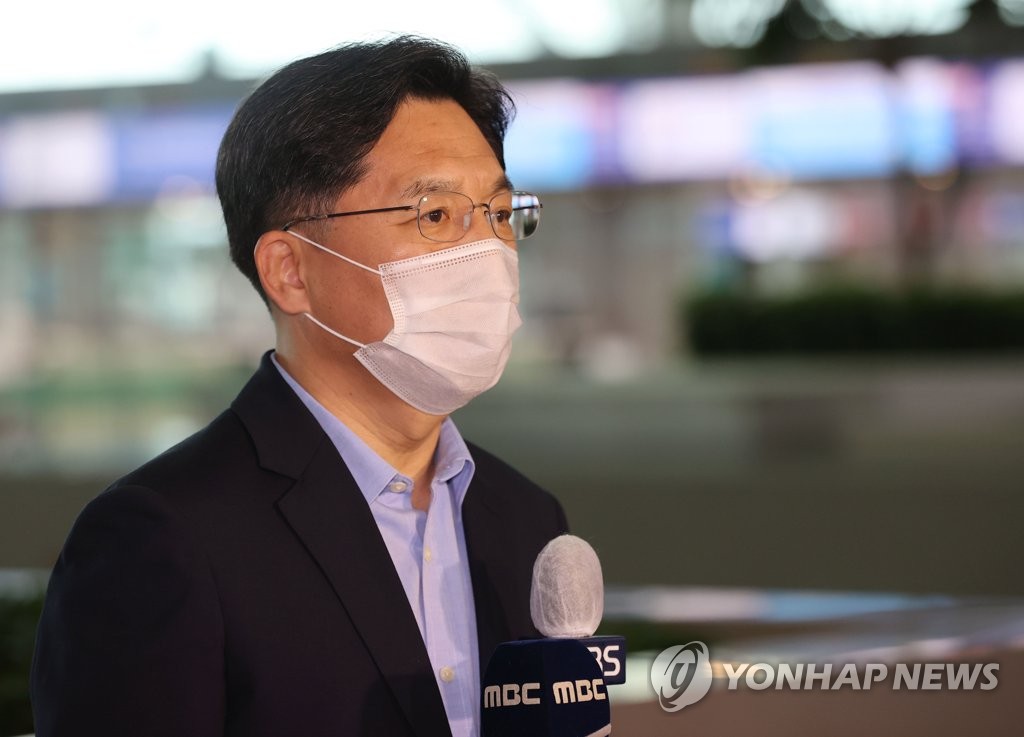