SEOUL, Aug. 29 (Yonhap) -- North Korea on Sunday stressed its close relations with Cuba and expressed continued support and solidarity on the occasion of the 61st anniversary of the establishment of diplomatic ties.

"For the last 60-odd years, the DPRK and Cuba have strengthened and developed the fraternal and comradely relations of mutual support and close cooperation on the sacred road of joint struggle for accomplishing the socialist cause," the North's foreign ministry said on its website.

The North also said that it is "rejoiced" over Cuba's success in the "vigorous struggle to defend and advance the cause of socialism towards victory while smashing grave challenges from within and without."

"We will, in the future, too, continue to extend full support and solidarity to the Cuban people in their just struggle and move forward hand in hand with them on the road of struggle for independence against imperialism and for socialism," the website said.

North Korea and Cuba have maintained close relations since establishing diplomatic ties in 1960.

Pyongyang has recently been seeking to maintain closer ties with its traditional allies amid an impasse in nuclear negotiations with Washington. 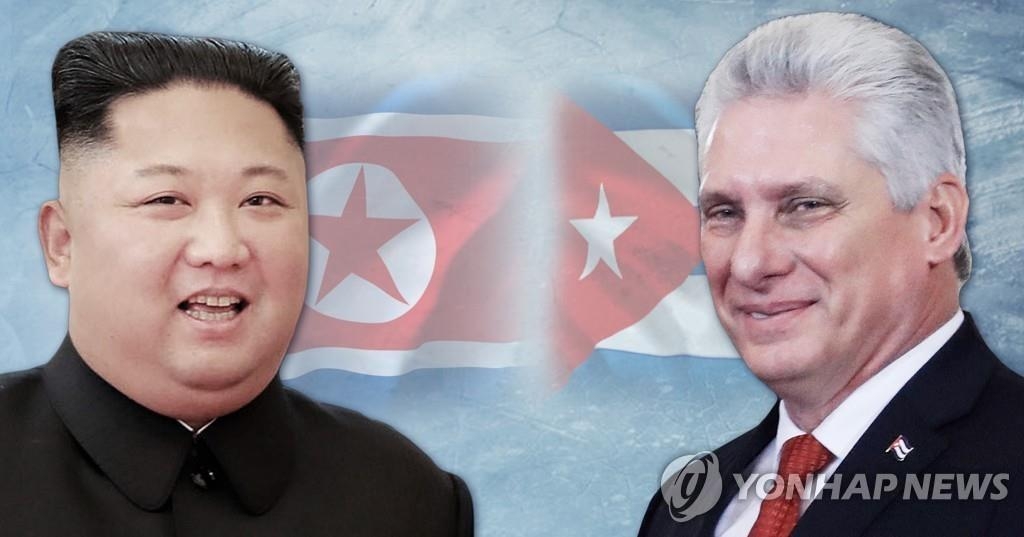