SEOUL, Aug. 30 (Yonhap) -- St. Louis Cardinals starter Kim Kwang-hyun has made a solid return to the rotation, taking a no-decision after four innings of one-run ball against the Pittsburgh Pirates.

The South Korean left-hander held the Pirates to a run on three hits and a walk in four innings at PNC Park in Pittsburgh on Sunday (local time). Kim struck out three while lowering his ERA from 3.27 to 3.23.

Kim's record remained at 6-6, after the Cardinals lost 4-3 on Yoshi Tsutsugo's walk-off, three-run homer in the ninth. 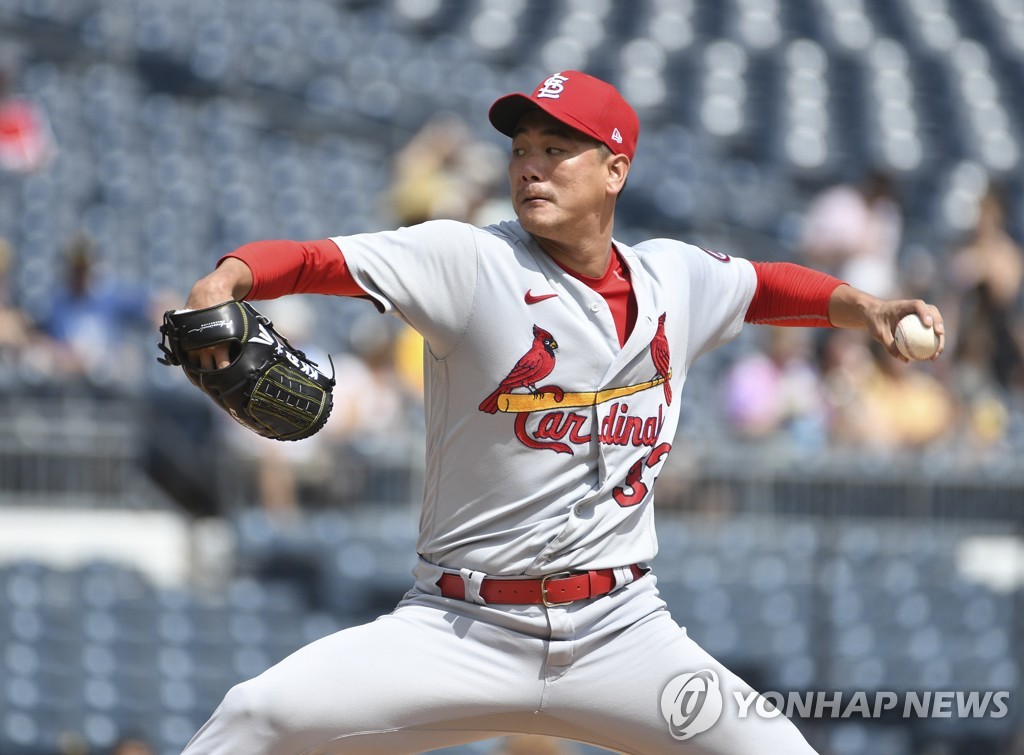 This was Kim's first major league start since Aug. 7 against the Kansas City Royals. He pitched four innings then and was later placed on the 10-day injured list (IL) with left elbow inflammation.

When Kim returned later in August, he did so as a reliever, as the Cardinals had a surplus of healthy starters. Kim pitched 2 2/3 scoreless innings in relief against the Detroit Tigers last Tuesday.

But the South Korean lefty was thrust into the rotation after Jack Flaherty, one of the incumbent starters, went on the IL with a strained right shoulder.

Kim threw 64 pitches through four frames, but he was being eased into the grind. Kim was lifted for pinch hitter Matt Carpenter to begin the top of the fifth, when the score was tied at 1-1. After Carpenter drew a walk, the Cardinals took a 3-1 lead on Tommy Edman's two-run shot, only to see it evaporate with Tsutsugo's ninth-inning heroics. 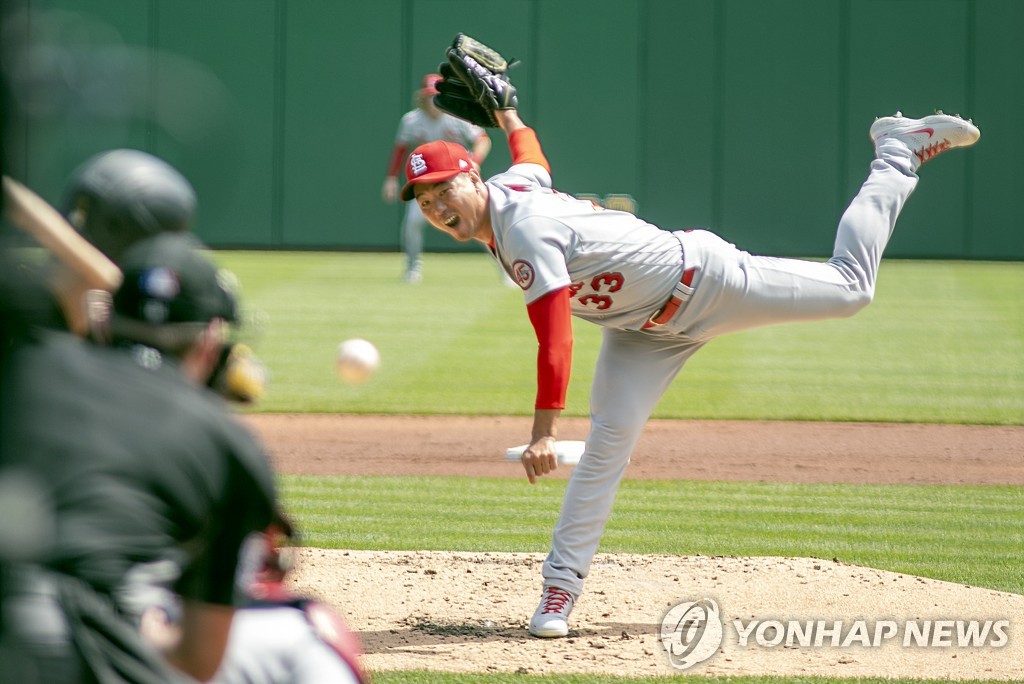 "I told (manager Mike Shildt) that I could throw up to 75 pitches. And I wanted to eat up at least five innings with around 60 to 70 pitches," Kim said in his postgame Zoom interview. "I was disappointed I couldn't pull that off. I wanted to keep throwing strikes and stay aggressive but ended up walking a batter right from the first inning."

Kim mostly breezed through the first three innings. He pitched around a two-out walk in the first inning and retired the side in order in the second.

The Cardinals spotted Kim a 1-0 lead in the third on Tyler O'Neill's triple and also gave him some defensive help in the bottom half of that inning. With two outs, center fielder Harrison Bader made a spectacular diving grab to rob Kevin Newman of an extra-base hit and keep the Cardinals in front.

"We have an outstanding defense, one of the very best in the majors," Kim said. "It's an honor to be on the same team with these great defenders. During games, I can tell everyone on the field is really locked in. The level of their concentration is incredible."

Kim pitched into trouble in the fourth but escaped the jam relatively unscathed. 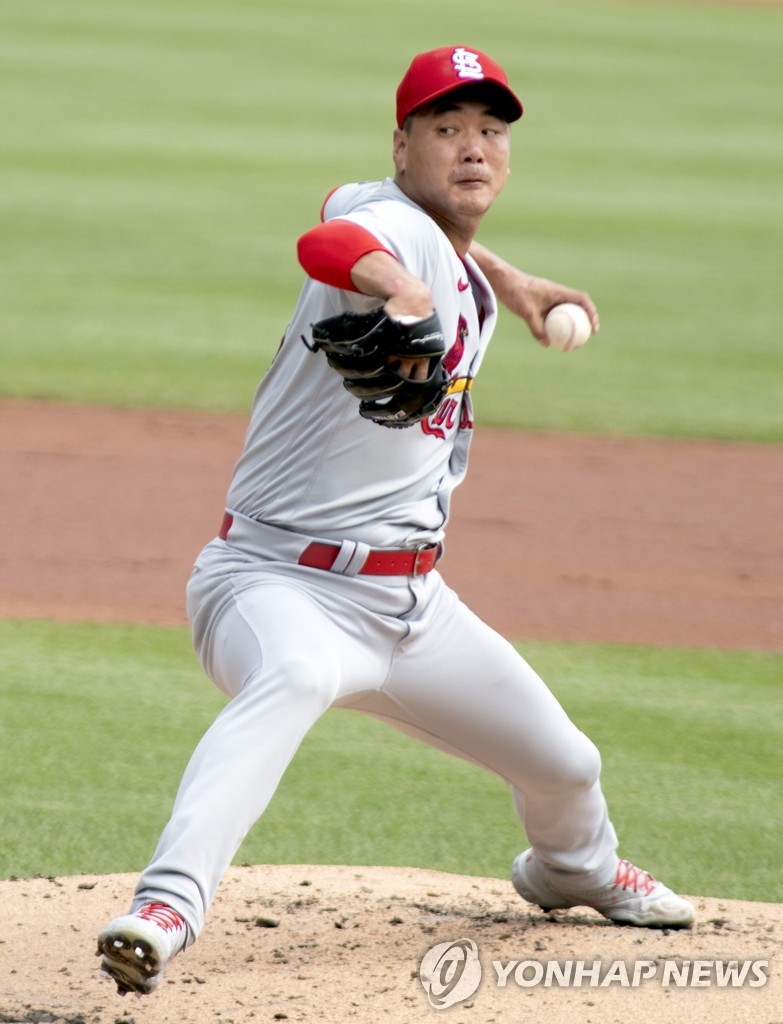 He gave up three straight singles to load the bases. After a visit from pitching coach Mike Maddux, Kim struck out Jacob Stallings swinging on a 1-2 changeup. Tsutsugo, who came in with four homers in his past nine games, swung on the first pitch for a sacrifice fly to left field that tied the score at 1-1.

Cole Tucker then hit a fielder's choice groundout to shortstop, as the Pirates only eked out one run against Kim after loading the bases with nobody out.

Tucker ended up being the last batter Kim faced, as Carpenter pinch-hit for the lefty to begin the fifth.

Kim said getting ramped back up to a starter's workload hasn't been that challenging, and he's looking forward to pitching the rest of the season without another trip to the IL.

"My primary goal in every game is to throw as many innings as possible with as few pitches as possible," Kim said. "Physically, I am feeling better and better. I just hope I no longer have to worry about getting hurt." 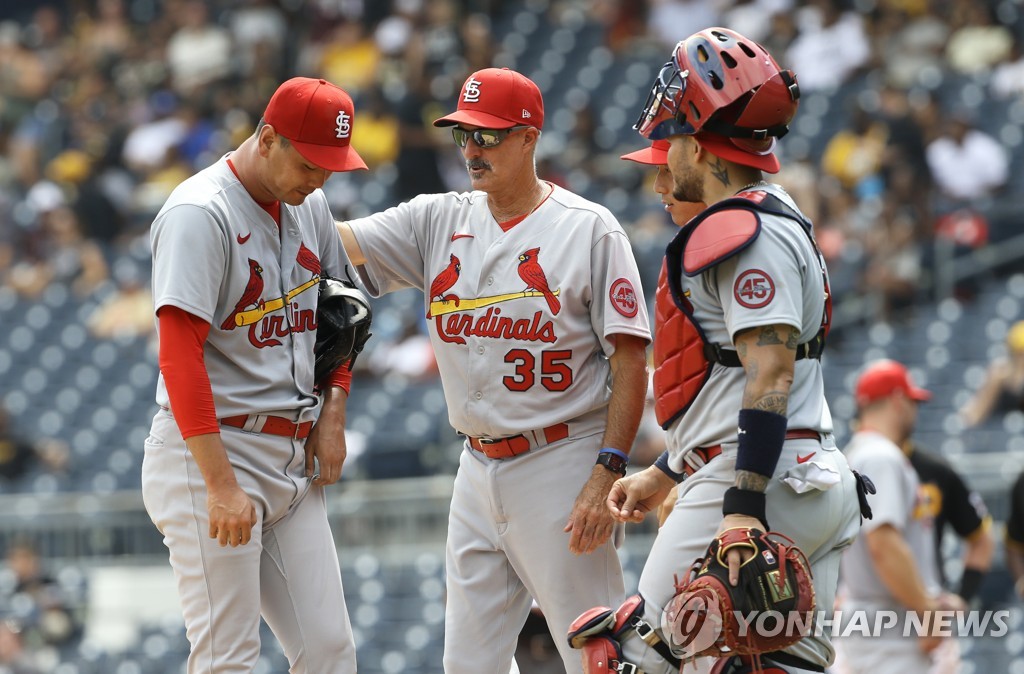