The survey of 310 large and smaller companies, taken by the Korea Chamber of Commerce and Industry (KCCI), showed that 81.6 percent of the respondents to the poll, in which multiple choices were possible, cited an increase in raw material prices as their top concern.

The resurgence of COVID-19 infections came next with 80.6 percent, followed by an interest rate hike with 67.7 percent.

Nearly 48 percent of the surveyed companies picked their response to climate change and other environmental issues, with 46.8 percent citing the U.S.-China trade row. 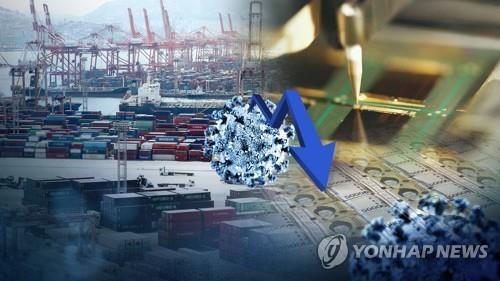 The KCCI said may firms have suffered earnings falls in spite of increased sales as they are not able to reflect rising raw materials costs in prices of their products.

Asia's fourth-largest economy also remains dogged by the resurgence of the new coronavirus, with daily cases staying above 1,000 for 54 consecutive days.

Last week, the Bank of Korea raised its benchmark interest rate to 0.75 percent from 0.5 percent to tackle rising inflation and rein in surging household debts, ending 15 months of record low interest rates as the economy showed signs of improving.

It marked the first rate hike since May last year, when the BOK cut the key rate to a record low of 0.5 percent. It is also the first time since November 2018 that the BOK has lifted the key rate.

The survey also showed nearly 78 percent of the respondents saying they have yet to recover from the coronavirus-induced crisis despite improving economic indicators, with nearly 19 percent replying they have already overcome it.

According to the central bank, the South Korean economy grew 1.7 percent in the first quarter from three months earlier, 0.1 percentage point higher than earlier expected. From a year ago, it expanded 1.9 percent.
(END)