SEOUL, Aug. 30 (Yonhap) -- South Korea said Monday it will begin providing emergency relief funds to people in the bottom 88 percent income bracket next week in the latest move to help them cope with the fallout from the pandemic.

The government will begin to provide up to 250,000 won (US$215) per recipient on Sept. 6 as part of an 11 trillion-won cash handout program, according to the interior and finance ministries. The money must be spent by end-December.

In July, the country drew up an extra budget of 34.9 trillion won, the second of its kind this year, to finance another round of relief funds to support pandemic-hit small merchants and most other people.

In May last year, the country doled out 14.3 trillion won in relief funds to all households to help them tackle the economic headwinds from the COVID-19 pandemic.

The government earlier said it will provide relief aid to ordinary people before the Chuseok holiday scheduled for Sept. 20-22, a move aimed at spurring spending for the fall harvest celebration.

People can spend such money at traditional markets, neighborhood supermarkets, restaurants and other designated offline stores. But the relief fund is not allowed to be used at department stores, large discount stores, entertainment establishments and on delivery apps. 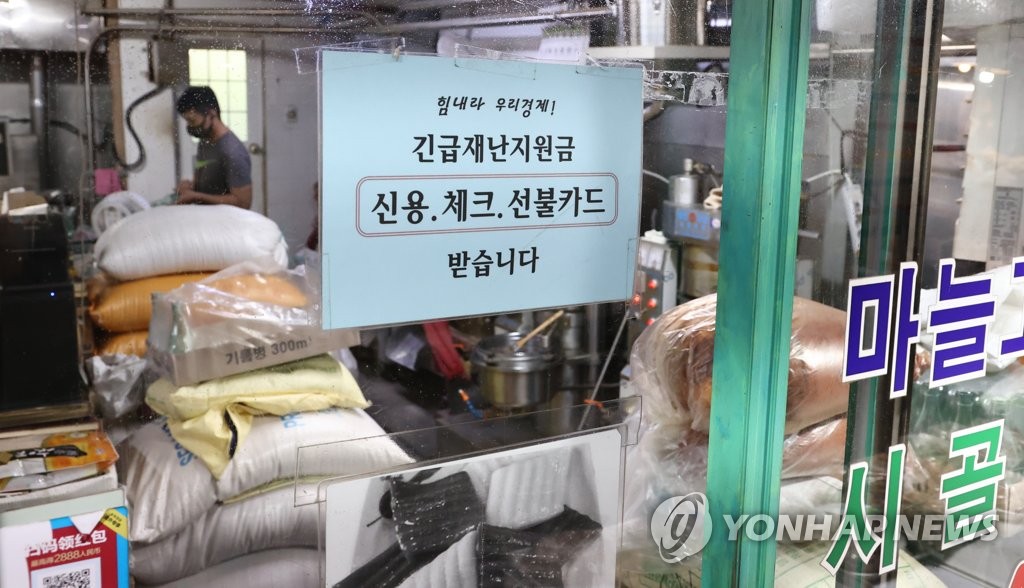 S. Korea to dole out cash handouts to ordinary people next week

S. Korea to dole out cash handouts to ordinary people next week