Directed by Ryoo Seung-wan, the film garnered 160,000 people over the weekend, bringing its combined total to 3.06 million, according to the data by the Korean Film Council.

Released on July 28, the big-budget tentpole starring actors Kim Yun-seok and Zo In-sung is based on the true story of the life-and-death escape by diplomats in South and North Korean missions in the capital city of Somalia during the civil war in 1991.

Its total audience number marked the largest among all releases in 2021, outnumbering the previous No. 1 "Black Widow" with 2.96 million. 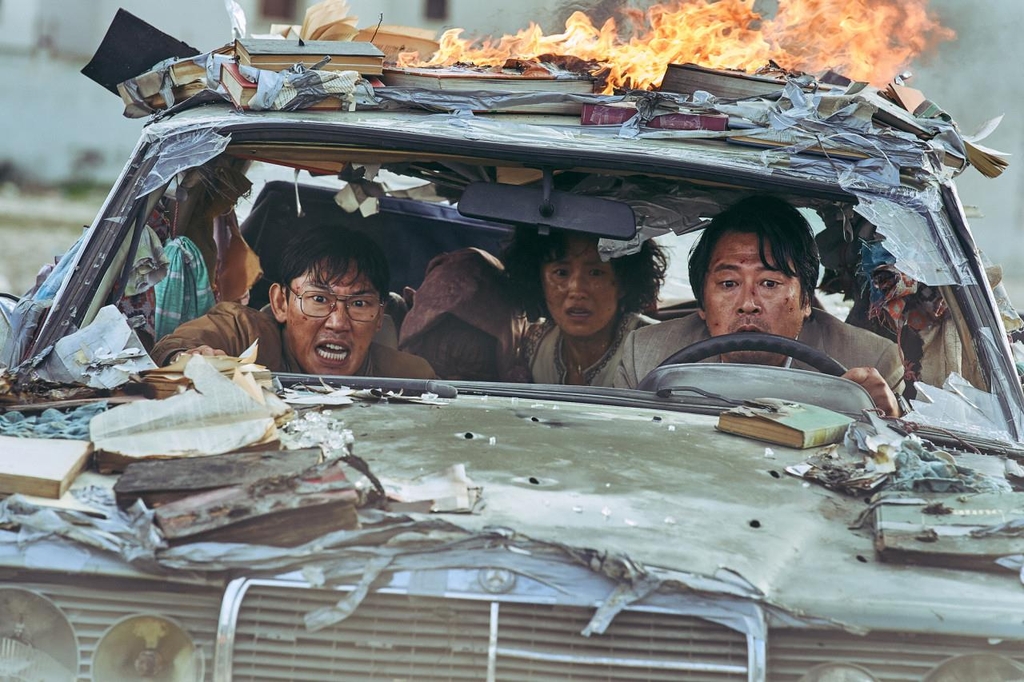 Its total admission reached 1.14 million, becoming the ninth 2021 film to have passed the 1 million-mark, including the Korean disaster comedy film "Sinkhole" and "Mogadishu."

"Sinkhole" placed second with 180,000 people over the weekend, with its total admission reaching 1.98 million.

A total of 768,000 people went to theaters during the weekend, marking the lowest weekend score in August amid tightened social distancing against COVID-19.