SEOUL, Aug. 30 (Yonhap) -- Almost 70 percent of South Koreans support the government's plan to grant long-term stay visas to hundreds of Afghan civilians who fled their homeland to be sheltered here from the Taliban, a poll showed Monday.

According to the poll of 500 people aged 18 and above conducted by Realmeter on Friday, a combined 68.7 percent of the respondents said they approve of the plan to issue long-term visas to Afghan evacuees who arrived here last week, allowing them to get jobs here. 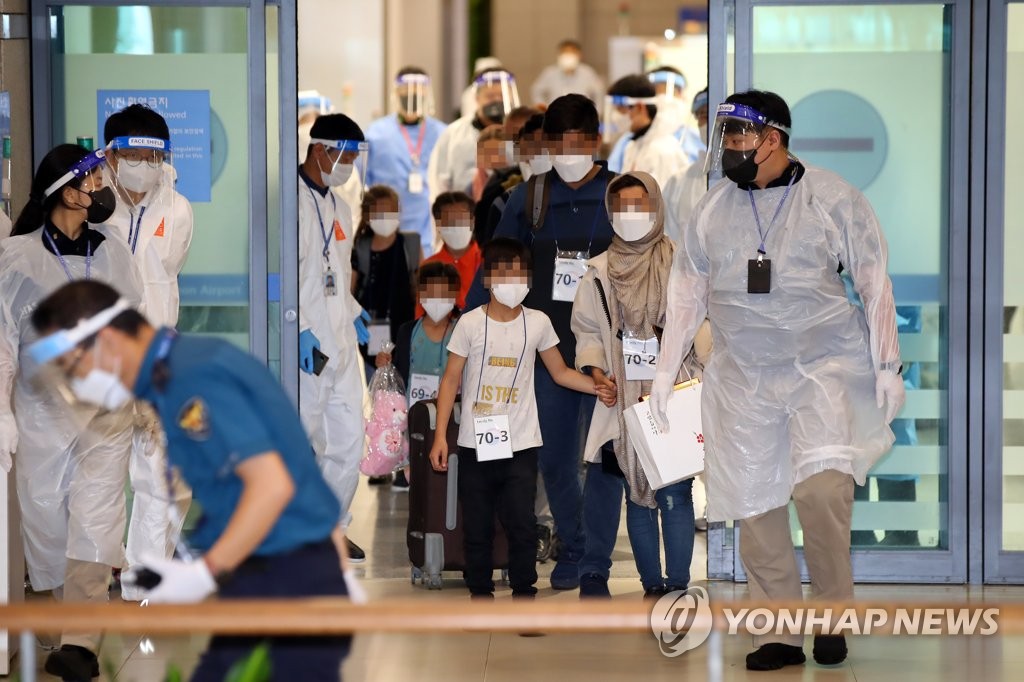 Last week, South Korea evacuated 390 Afghans from their homeland controlled by the Taliban. They are medical professionals, vocational trainers, IT experts and interpreters who worked for Korea's embassy, as well as its humanitarian and relief facilities, in Afghanistan and their family members.

Named as "special contributors" to South Korea, the Afghans were granted short-term C-3 visas but will later receive the F-2 visas, which permits them to work and reside in the country for up to five years. They will later be provided with the chance to apply for F-5 permanent residency visas.

The poll has a margin of error of plus or minus 4.4 percentage points and a 95 percent confidence level.