Minister of Culture, Sports and Tourism Hwang Hee met with his Chinese and Japanese counterparts, Hu Heping and Koichi Hagiuda, for the 12th annual trilateral talks, which were postponed last year due to the pandemic, the ministry said in a press release.

"In the midst of the difficulties of an unprecedented pandemic, if South Korea, China and Japan make joint efforts for East Asia's cultural development and exchanges, we will be able to build a stronger foundation for the region's cultural prosperity in the post-COVID-19 era," Hwang said, according to the release.

The three sides adopted the Kitakyushu Declaration, which reaffirmed the importance of cultural exchanges in connecting people despite the pandemic's devastating effects on each country's cultural sectors.

Kitakyushu is the Japanese city that was slated to host the ministers' meeting last year.

The three sides agreed to pursue joint cultural and artistic programs on the occasion of the 2022 Beijing Winter Olympics. They also selected a 2022 East Asia Culture City from each country, which they have done every year since 2014 to promote cultural exchanges among and outside of the designated cities.

The chosen cities for 2022 are Gyeongju in South Korea, Wenzhou and Jinan in China, and Oita in Japan. 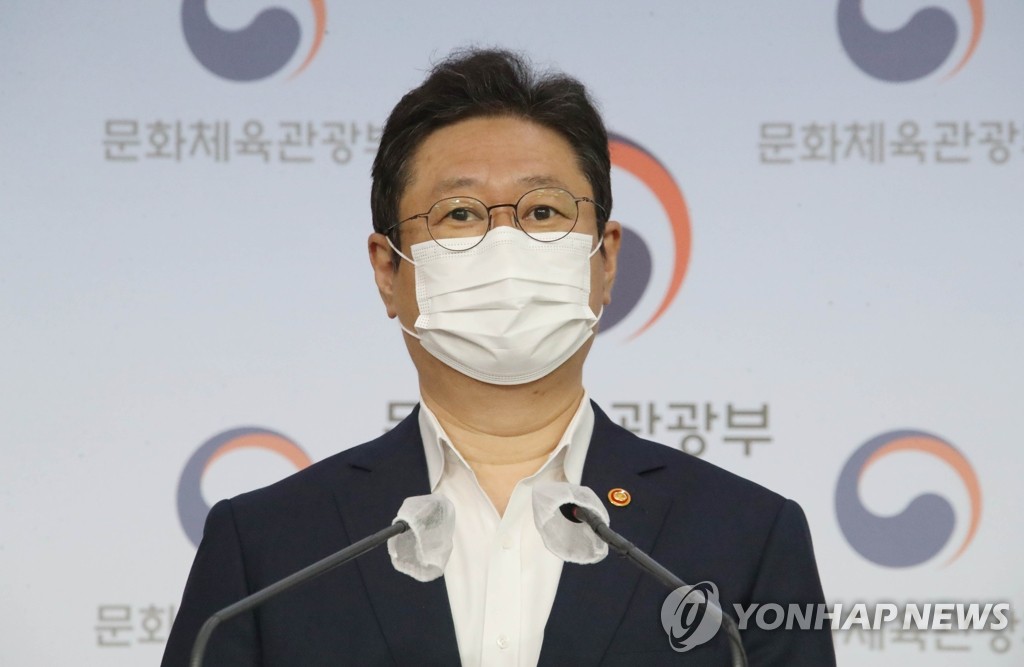