With each passing match, it certainly looks like it.

Ulsan stretched their K League 1 lead to seven points over Jeonbuk Hyundai Motors, thanks to their 3-2 victory over Incheon United on Sunday. This was Ulsan's third straight victory. They haven't lost in seven matches, a stretch of five wins and two draws. 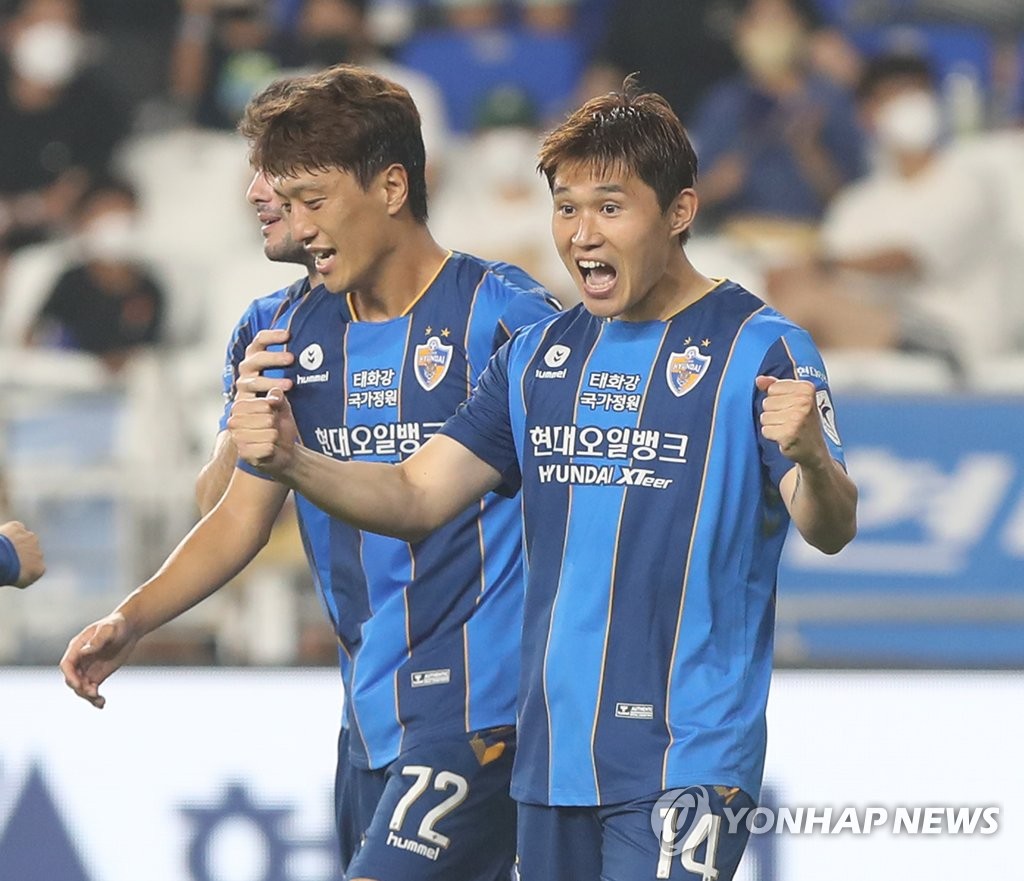 Ulsan poured in three goals in a 16-minute span early in the second half, with Lee Dong-gyeong contributing two of those scores. Stefan Mugosa made both of Incheon's goals, in an effort that proved too little and too late.

Ulsan, in pursuit of their first K League title since 2005, have 54 points and Jeonbuk have 47. The one caveat here is that Jeonbuk, the four-time defending champions, have played two fewer matches. COVID-19 infections across the league have thrown the league fixtures out of whack this year, and clubs have all played varying numbers of matches so far. 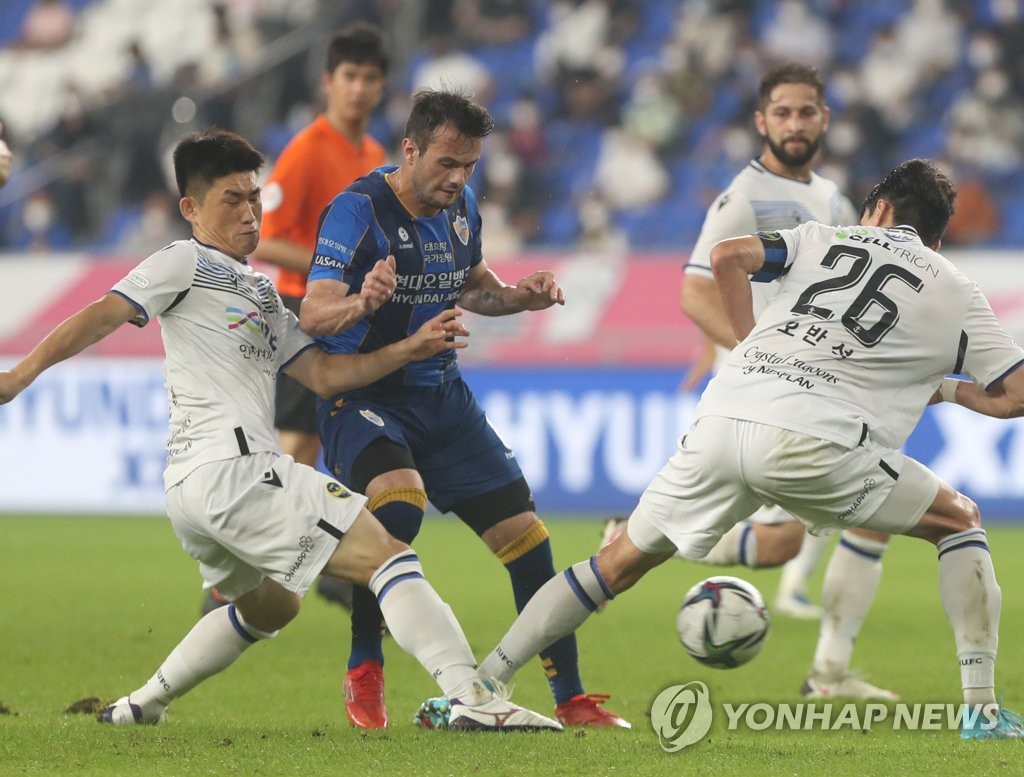 If Jeonbuk win both of those matches, the gap between the two rivals will be just one point. But given Jeonbuk's recent form, only the most optimistic of supporters would believe their club can put pressure on Ulsan with a snap of their fingers.

Jeonbuk got held to a 2-2 draw by 10-man Suwon FC on Saturday. Suwon led 2-0 at halftime, but their goalkeeper, Yoo Hyun, was sent off on his second yellow card of the match at the hour mark. 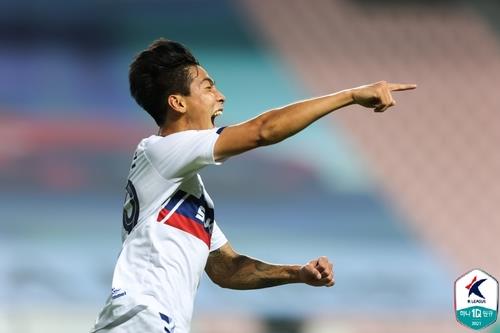 Jeonbuk's mettle will be further tested in the coming days, as they play two makeup matches -- on Wednesday and Sunday -- during the FIFA international match week. K League clubs would otherwise be idle, but Jeonbuk will be among a handful of clubs playing games that were postponed due to COVID-19 infections.

Jeonbuk will be without forward Song Min-kyu and defender Lee Yong, who have been called up to the national team for World Cup qualifiers on Thursday and on Sept. 7.

Jeonbuk edged out Ulsan for each of their past two titles, with everyone else playing for third place. This season is shaping up to be another two-horse race, and there's more drama brewing at the bottom of the table. 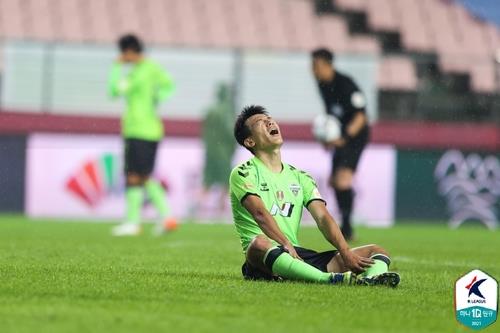 FC Seoul remained stuck in last place, and the automatic relegation spot, with a 1-0 loss to Jeju United on Sunday. FC Seoul, winless in five matches, have 25 points, one behind Seongnam FC.

Both clubs have played 26 matches. Gangwon FC sit two points ahead of FC Seoul but have two matches in hand.

FC Seoul have never been relegated to the K League 2 since the promotion-relegation system was put in place in 2013. 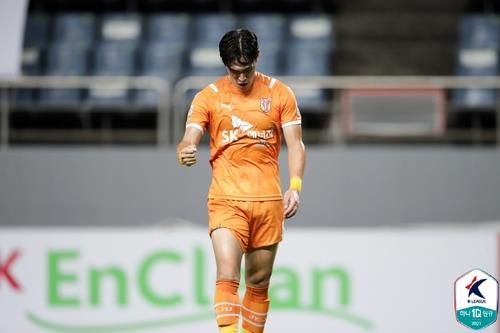