SEOUL, Aug. 30 (Yonhap) -- South Korea's science ministry said Monday the country's first lunar exploration mission is on track for launch in August next year after it strengthened ties with the United States earlier this year in space exploration.

South Korea aims to conduct a yearlong mission to observe the moon through an orbiting spacecraft, with hopes of securing technologies for future space exploration missions.

The Ministry of Science and ICT said it has completed rigging a high-precision camera, developed by the U.S. National Aeronautics and Space Administration (NASA), on the orbiter, which will gather data of the moon's surface to support the U.S.-led Artemis program. 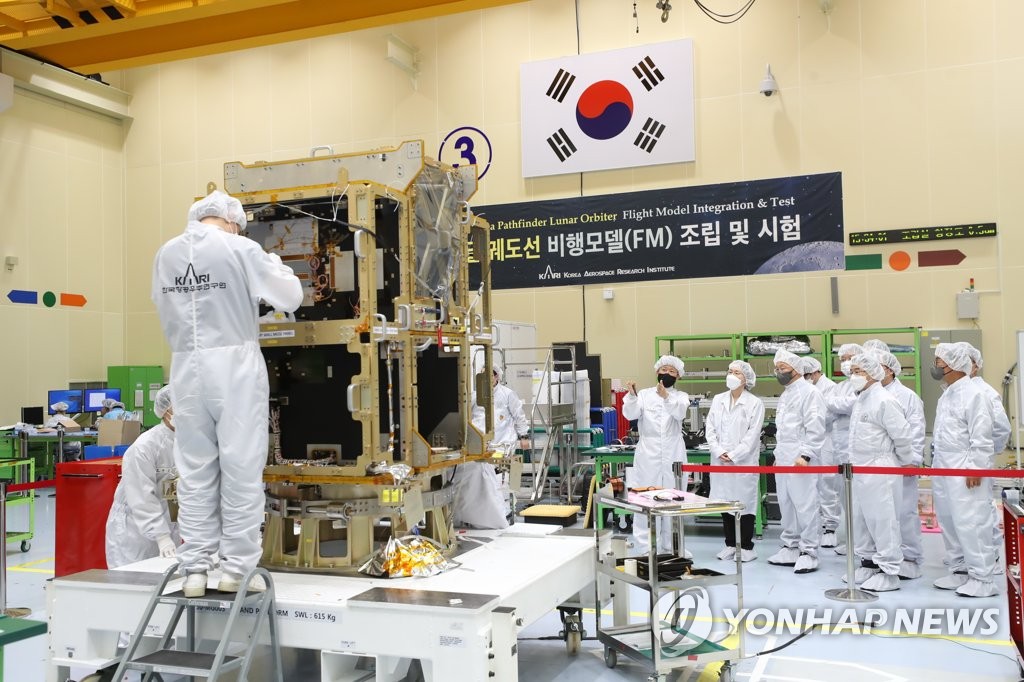 In May, South Korea signed the Artemis Accords, which seek to send astronauts to the moon by 2024 and build a sustainable manned lunar base by 2028.

The ministry said it will receive additional support from NASA for the lunar orbiter mission, including navigation and communications technologies.

The lunar orbiter is scheduled to be completed by October this year and will undergo further testing before its launch in August next year on U.S. private aerospace firm Space Exploration Technologies Corp.'s rocket.

South Korea, a relative latecomer to the global space development race, has recently bolstered its space ambitions and is expected to launch its first homegrown space rocket with a mock payload in October.