SEOUL, Aug. 30 (Yonhap) -- The National Assembly on Monday is set to vote on a string of contentious bills in a plenary session.

The ruling Democratic Party (DP), holding an absolute parliamentary majority, initially planned to push a highly contested media reform bill through the meeting scheduled for 5 p.m., but the prospect of its imminent passage remains slim amid the main opposition's threat to launch a filibuster.

Among the bills likely to be submitted to the session are one to block U.S. tech giant Google's upcoming policy to enforce the exclusive use of its in-app payment system and the law mandating the installation of surveillance cameras inside hospital rooms.

The former bill would prohibit app market giants, such as Google and Apple Inc., from forcing mobile content providers, based on their dominant market status, to exclusively use designated billing methods that impose a 30 percent commission for in-app transactions of digital content, such as music, web-based comics and stories, as well as mobile games.

If the revision to the Telecommunications Business Act is approved by lawmakers, South Korea will become the first country to introduce such curbs on global tech giants' in-app billing policies, which have been increasingly under scrutiny around the world.

The latter bill has been pending at parliament for nine months in the face of stiff opposition from doctors' organizations arguing it could create distrust between doctors and patients, eventually debasing the quality of medical service.

With an aim to protect patients against medical negligence or malpractice, the proposed revision to the Medical Service Act would mandate recording medical procedures in video images and keeping them longer than 30 days for reference in the event of legal disputes. It allows a two-year grace period before it officially goes into force after its promulgation.

The revision, proposed following a recent series of sexual violence cases inside barracks, aims to step up legal protection for victims in military-related cases.

The floor leaders of the DP and the main opposition People Power Party (PPP), meanwhile, were set to meet and discuss the fate of the controversial media arbitration bill ahead of the plenary session.

On the back of fierce backlash from the local media industry, the PPP has threatened to mount a filibuster to block the bill's passage, pressing the DP to reverse the initial plan to press ahead with the bill in the upcoming voting session.

The bill is designed to impose a fivefold increase in penalties on media outlets that make false or fabricated news reports, prompting heated criticism from the media industry that it is intended to gag critical media in the run-up to next year's presidential election. 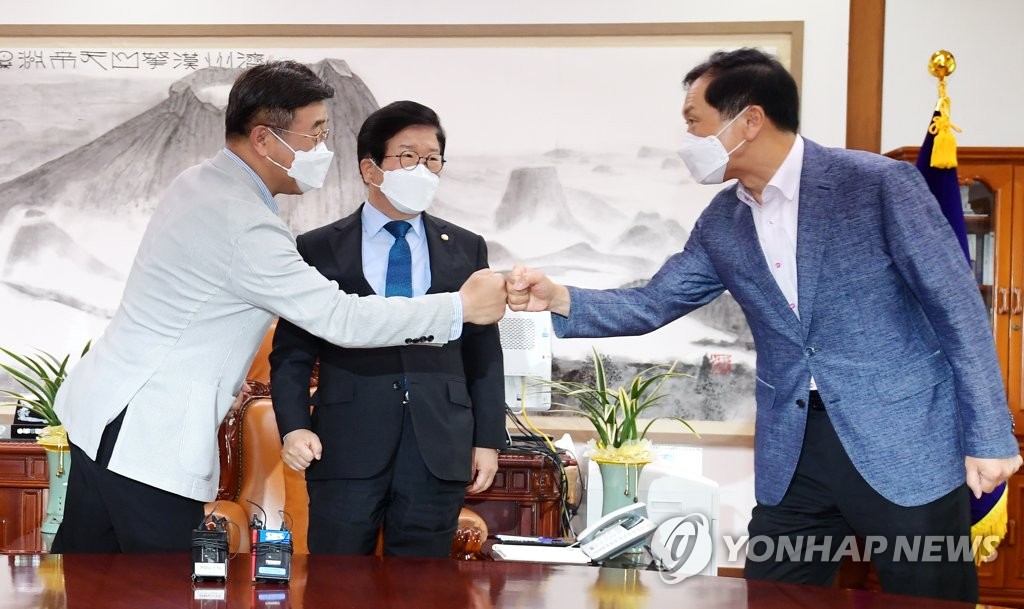