DAEJEON, Aug. 30 (Yonhap) -- Public outrage has been boiling in South Korea over a man who allegedly abused and murdered a baby girl in June, with some people planning to stage rallies calling for the death penalty.

The 29-year-old man, surnamed Yang, was recently indicted on charges of sexually assaulting and abusing the 20-month-old toddler to death at his home in Daejeon, about 165 kilometers south of Seoul, on June 15.

A little past midnight on that day, Yang, who was drunk at the time, allegedly covered the baby girl with bedclothes and punched and stomped on her, because she would not stop crying, until she died.

Yang and his wife, surnamed Jeong, hid the victim's body in an ice box in their bathroom.

He was also accused of raping the victim before the abuse, according to the prosecution. Exactly when the alleged rape occurred remained unclear.

The man had told the police he was the baby's biological father, but a DNA test revealed he was not. His wife was confirmed as the girl's biological mother.

Yang has been living with Jeong and her daughter since his release from prison over fraud, the prosecution said.

The wife was seemingly under Yang's control and in extreme fear as a result of continued physical assaults and threats from him. She was in another room at Yang's orders while the alleged crimes happened. 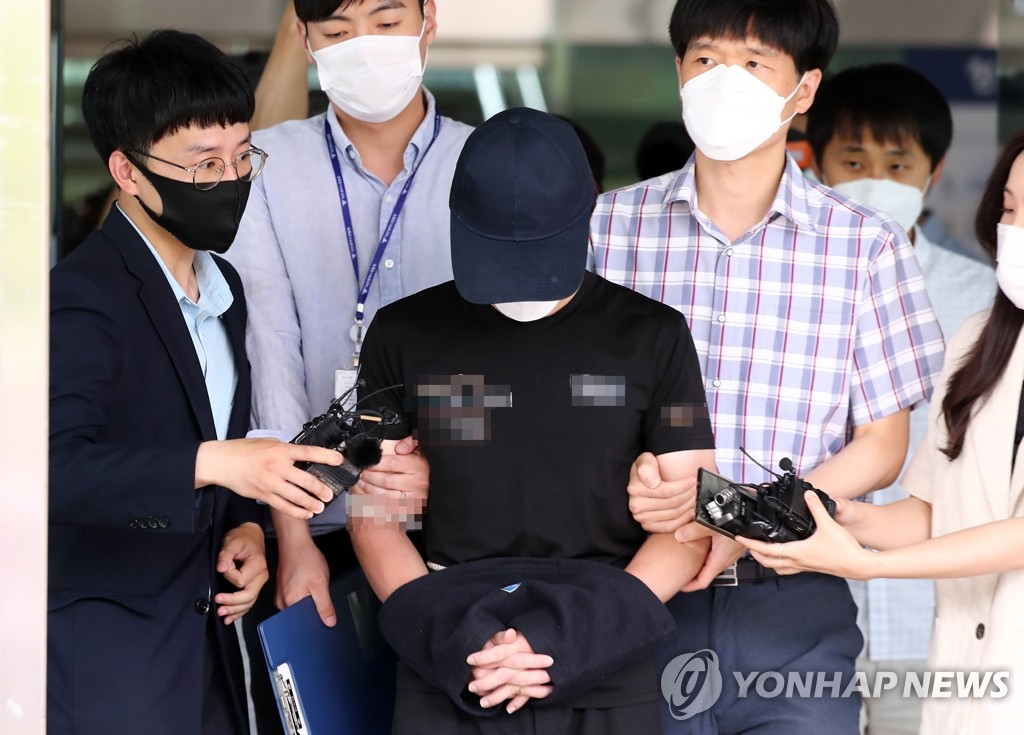 Following news reports on the case, demand for stern punishment against Yang has spread online.

A petition calling for the disclosure of Yang's identity garnered the support of more than 88,000 people as of early Monday afternoon, three days after it was posted on Cheong Wa Dae's website.

Some have been talking online to plan rallies calling upon the Daejeon District Court to deliver capital punishment to Yang.

Yang's case reportedly did not fit the police identity disclosure guidelines, as he denied some of his charges during the investigation.

He, however, admitted to all of his crimes during his first court hearing held last Friday.