SEOUL, Aug. 30 (Yonhap) -- The training camp for South Korea's upcoming World Cup qualifying matches opened Monday, though some of the biggest names were missing due to their club duties over the weekend.

To kick off the third round of the Asian qualifying campaign for the 2022 FIFA World Cup, South Korea will host Iraq at 8 p.m. Thursday at Seoul World Cup Stadium. Next up will be Lebanon at 8 p.m. on Sept. 7 at Suwon World Cup Stadium in Suwon, 45 kilometers south of the capital.

The start of camp on Monday at the National Football Center (NFC) in Paju, north of Seoul, was highlighted more by who wasn't there than who was. 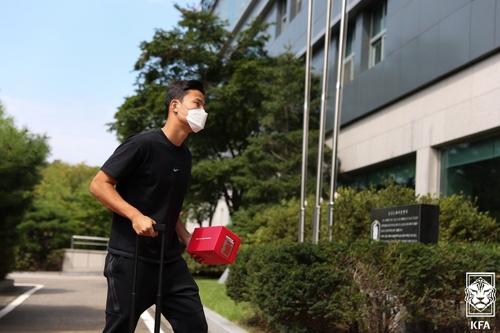 Son Heung-min, Tottenham Hotspur star and longtime South Korea captain, will be one of four overseas-based players who will report to camp Tuesday. Son played in a Premier League match against Watford that kicked off at 10 p.m. Sunday, Korean time.

Quelling concerns about a possible hamstring injury, Son scored the winning goal in Tottenham's 1-0 victory and will arrive at the NFC with two goals in three Premier League matches in the young season.

Son is without a doubt the most important offensive player for South Korea. On the backend, centerback Kim Min-jae, who recently joined the Turkish side Fenerbahce, can stake a claim as the team's most valuable defender. But Fenerbahce's most recent league match kicked off at 3:45 a.m. Monday, Korean time. Kim won't arrive in South Korea until Tuesday evening.

Forward/midfielder Hwang Hee-chan, who joined the Premier League side Wolverhampton Wanderers on a loan from RB Leipzig on Sunday, is also scheduled to report to camp Tuesday. Ditto for striker Hwang Ui-jo, who plies his trade with FC Girondins de Bordeaux in France. 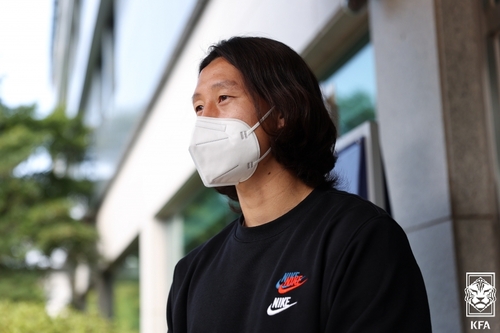 There was also an unexpected, last-minute roster change earlier Monday, the latest sign that COVID-19 is never too far from the sporting world.

Midfielder Jung Woo-young, who plays for the Qatari club Al Sadd, has been ordered into quarantine until next Monday after a co-passenger on the flight from last Monday tested positive for the novel coronavirus. Gamba Osaka midfielder Ju Se-jong has been picked as Jung's replacement.

Among those who did report on time on Monday was forward Cho Gue-sung, who has been named to the senior national team for the first time. He has scored four goals in 11 appearances for the under-23 national team.

"The biggest key for me will be to jell with the rest of the team," said Cho, who plays for the second-division military club Gimcheon Sangmu. "I'll try to figure out what my teammates want and adjust my game accordingly."

Lee Dong-gyeong, midfielder for the K League-leading Ulsan Hyundai FC, will try to add to his four international caps. He grabbed a brace in Ulsan's 3-2 victory over Incheon United on Sunday, and has joined the senior team after representing South Korea at the Tokyo Olympics last month.

"I am in great form, and I'll try to take advantage of whatever opportunity I get," Lee said. "It's been a busy year but I am not tired at all. As a football player, I am happy to be taking the field. I am having fun."

Jo Hyeon-woo, one of three goalkeepers on the team, said he will embrace internal competition with Kim Seung-gyu and Gu Sung-yun, and let the chips fall where they may.

"I always report to the national team with a sense of humility," Jo said. "No matter who takes the job in net, we'll do our best trying to protect our turf. I think fans are excited about these upcoming matches, and we're just as excited to see how well we can play for our fans." 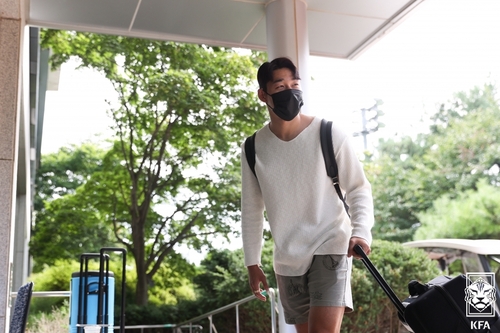 Head coach Paulo Bento will be tasked with welding together a winner out of players who will only have a precious few days to train as a full unit.

On paper, South Korea will be heavily favored against both of the upcoming foes and the lack of practice time shouldn't be the crutch for underperformances.

South Korea are 36th in the current FIFA rankings, 34 spots above Iraq and 62 spots higher than Lebanon.

South Korea have seven wins, 11 draws and two losses against Iraq, and the pair of losses came in the 1980s. Against Lebanon, South Korea have 10 victories, three draws and one loss, which came in November 2011. 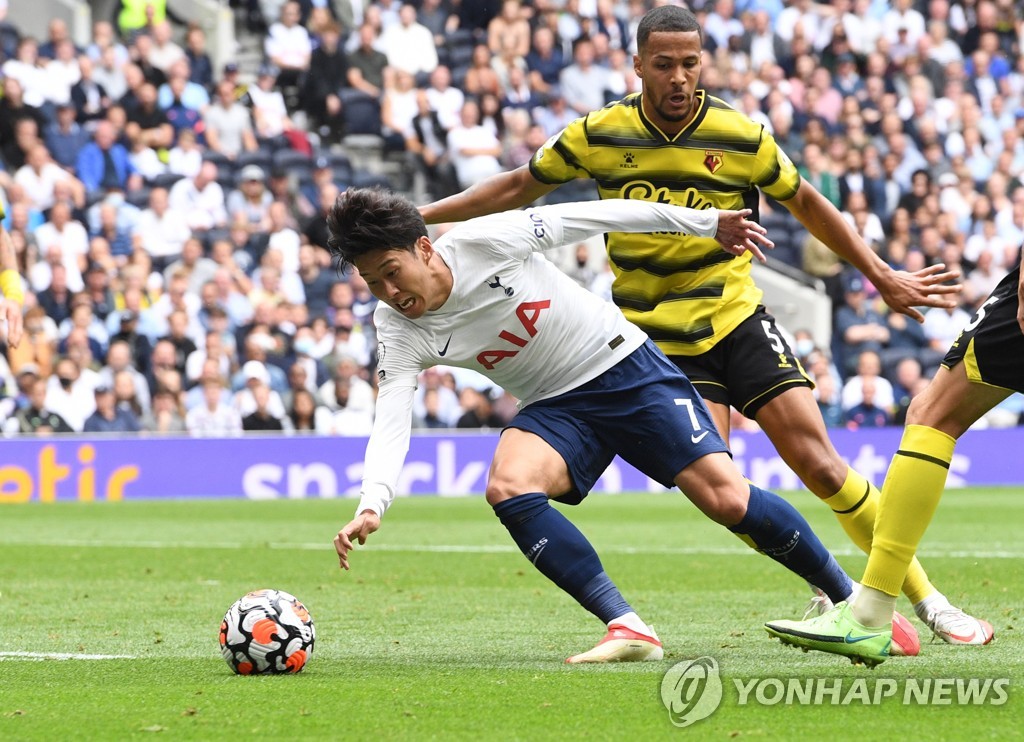