(ATTN: UPDATES with details of committee report in paras 11-14)

SEOUL, Aug. 30 (Yonhap) -- Song Doo-hwan, the nominee for the head of the state human rights watchdog, was grilled by opposition lawmakers in his confirmation hearing Monday over his past pro bono legal defense of the ruling party's presidential front-runner.

Song, a former Constitutional Court justice, was nominated by the president as chairman of the National Human Rights Commission of Korea earlier this month. The confirmation hearing was held amid allegations of anti-graft law violation raised over his free legal defense of Gyeonggi Gov. Lee Jae-myung in a 2020 Supreme Court case.

Lee was indicted by prosecutors in 2018 on charges of abuse of power and lying about his attempt to incarcerate his brother in a mental hospital in 2012 during his term as Seongnam city mayor. During the 2020 ruling, in which the governor was cleared of charges, Song served as a member of Lee's legal defense team without being paid.

Rep. Yoo Sang-bum of the main opposition People Power Party (PPP) alleged Song violated anti-graft laws by defending Lee, saying a "review of past case data handled by Song shows that his legal fees never went below 1 million won (US$860)," which is by law the baseline reference fee in determining anti-graft violations in legal services. 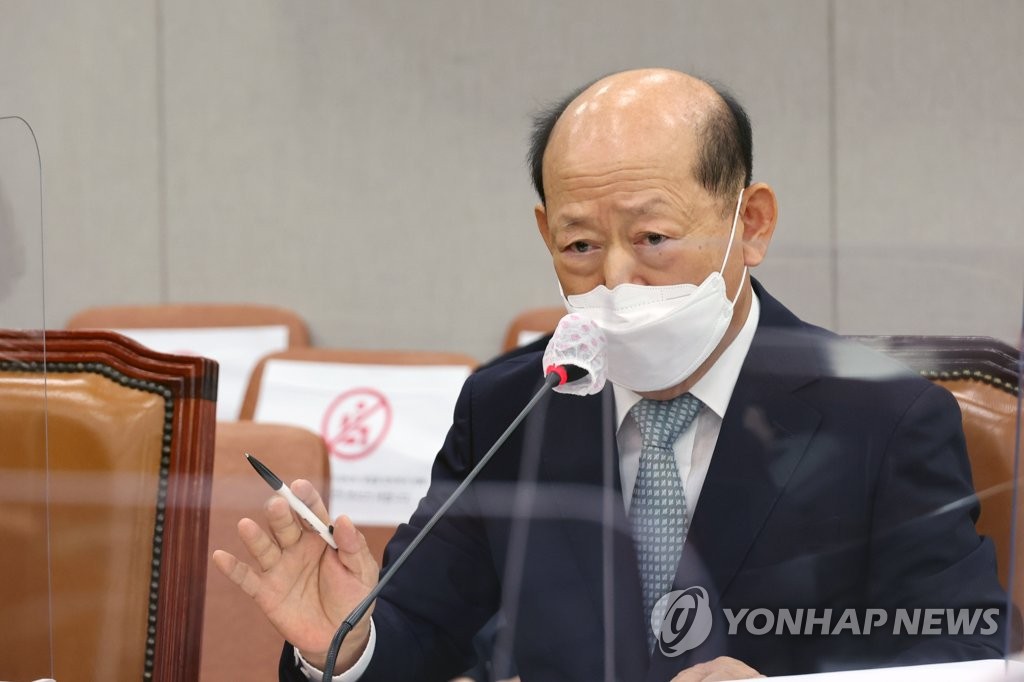 Rep. Jun Joo-hyae echoed the view, arguing that defending a sitting governor regardless of the amount of legal fees created room for doubt in terms of the possibility of bribery.

Others raised questions of how Song, a former human rights lawyer, could associate himself in Lee's case, in which the governor is known to have made vulgar statements to his brother and sister-in-law.

"For someone who claims to have served as a life-long rights lawyer, aren't there double standards in handling a case where the rights of the socially weak have been violated?" Rep. Sung Il-jong said.

Song responded by saying that he never thought that offering free legal counsel was a violation of anti-graft laws.

The nominee argued that the law is predicated on the basic premise of whether the jobs of the involved parties were connected and posed a risk of conflict of interest. "My job had no relevance (with the governor)," Song added.

"I thought of the case as if participating in a joint petition (in support of Lee). I didn't do much and therefore didn't consider being paid," Song said.

The National Assembly's house steering committee, which conducted Song's hearing, later adopted a bipartisan progress report after the end of the session.

The committee members concluded that Song "was equipped with the qualification and capability to resolve various issues regarding human rights policies," the report said.

It, however, also included opinions that questioned his fitness to lead the rights watchdog, citing his potential violation of anti-graft laws from his involvement in Lee's case.

"Although there were some opinions against (Song's nomination), opposition members in general also held the stance that he was qualified," Rep. Choo Kyung-ho, a ranking PPP member of the house steering committee, said.